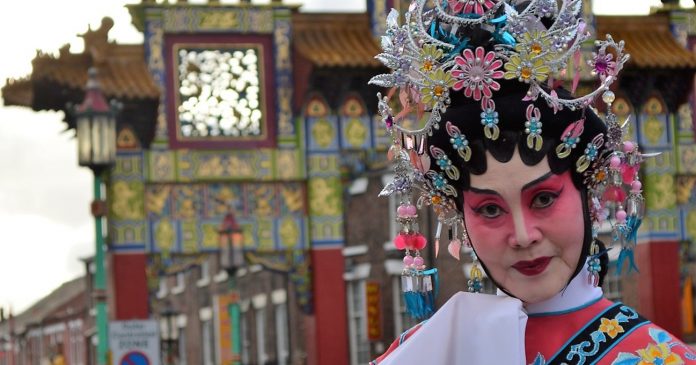 Old Chinatown is disappearing. To keep the heritage alive two artists are aiming to collect stories and objects and develop the Old Chinatown Museum in a Shipping Container. They aim to prove that a permanent site specific Museum/Community Space is needed and should be in an underused premises or within a new development.

Artists John Campbell and Moira Kenny, The Sound Agents, have been developing a Museum for Chinatown for a long time. The idea came from members of the Chinese community who have wanted and needed a Chinatown Heritage Center in Liverpool for over forty years. They want to use their skills to help realise this ambition and make it happen.

Liverpool Chinatown is the oldest Chinese community in Europe yet little is known about the heritage and histories of the Blue Funnel Chinese sailors, merchant seamen, laundries, chip shops and restaurants and other industries that were set up by Chinese people who settled in Liverpool. The artists have recorded first and second generation seamen and their families, and want to share the recordings with the world and create traditional activities for people to learn skills and reconnect families and friends.

The project aims to re-energise a once thriving Chinatown and protect the heritage of stories and original buildings in Nelson Street.

You can help Chinatown by supporting the development of the Old Chinatown Museum and give them time to apply for funding for the year long project.

Kensite Services Ltd have generously sponsored us with a Shipping Container. This is an important step to the project happening. And with the support of Liverpool City Councillors there is space for the Container to be sited.

This fund will pay for planning permission and time to write bids.

To support John Campbell and Moira Kenny in achieving their inspired goal and contribute to the development of a much needed museum, help with their crowdfunding campaign here

‘Turner: Travels, Light and Landscape’ at the Lady Lever

‘Up to something’ portrait of Us