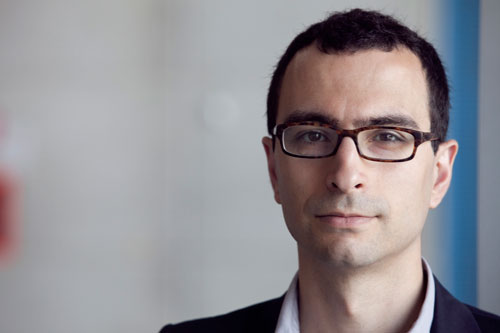 Tate have announced that Francesco Manacorda, Director of Artissima, the international fair of contemporary art in Turin, has been appointed the new Artistic Director, Tate Liverpool.

Francesco Manacorda (b 1974 in Turin, Italy) has been Director of Artissima since February 2010. Between 2007 and 2009 he was Curator at Barbican Art Gallery where he realised the large-scale Martian Museum of Terrestrial Art (with co-curator Lydia Yee) and Radical Nature – Art and Architecture for a Changing Planet 1969-2009 (2009). Also at Barbican Art Gallery, for Curve Art he commissioned Hans Schabus Next time I’m Here, I’ll Be There 2007, Rafael Lozano-Hemmer Frequency and Volume 2008 and Clemens von Wedemeyer The Fourth Wall 2009.

Francesco Manacorda is also a writer, having contributed reviews and features extensively to many publications including Domus, Flash Art International and Art Review. He has edited and co-edited several acclaimed publications, among them Radical Nature (2009) and From Futurism to Arte Povera – Portrait of a Collector (2005). He has also written artists’ monographs and contributed to a wide range of group exhibition catalogues.

He has been Visiting Lecturer in Exhibition History and Critical Theory at the Curating Contemporary Art department at the Royal College of Art, London since 2006.

He has a Degree in Humanities from the University of Turin (1993-2000) and an MA in Curating Contemporary Art from the Royal College of Art, London (2001-3).

Francesco Manacorda said, “Tate Liverpool has an amazing history combining cutting-edge programming with great art historical scholarship. I am delighted to have the opportunity to contribute to the mission of such a leading international museum. I look forward to working with the excellent team in dialogue with other art institutions in the region.”

Andrea Nixon, Executive Director, Tate Liverpool said: “We are delighted to welcome Francesco to the team at Tate Liverpool. We are very much looking forward to his artistic vision and experience contributing to shaping Tate Liverpool’s future programme.”

How can Liverpool’s next generation get a job in the city’s...