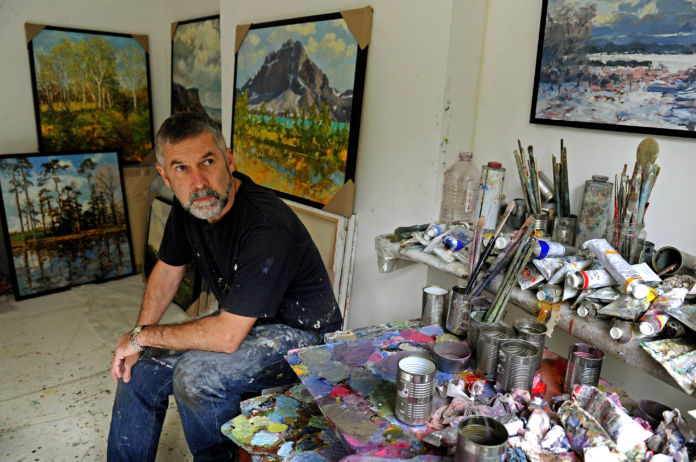 An artist from Woolton is holding a month-long exhibition entitled ‘Journey through Landscape’ in one of the North West’s most renowned galleries.

Seán McCann will showcase more than 40 of his fine oil paintings at the Williamson Art Gallery and Museum in Birkenhead, from October 26 until November 24. He has spent the past four years creating the works, which include landscapes of the Lake District, Burwardsley, Cheshire, the Highlands of Scotland, Northern Ireland, North Wales and the Canadian Rockies.

“Looking back, I suppose my journey through landscape began when I was a young boy and each summer I spent school holidays at my grandparents’ farm in Co Down, Northern Ireland. It is known as the County of the ‘drumlins’ or ‘rolling hills’ and this perfectly describes where their farm was situated. This place is probably where I got a love of landscape from and these times and memories are deeply embedded in my psyche. It was magical.”

Seán has travelled around the world visiting destinations including South East Asia, America and Canada, where he has been inspired by the people he’s met and the places he has been to. He currently has works in private collections in Ireland, UK, Germany, Holland, Israel and the USA.

He added: “Often an exhibition is the first time that the artist can really see the work outside the studio. When the paintings are on a gallery wall it allows them to exist separately and also be part of a larger family of paintings. When I see this it makes me realise that throughout an artist’s life painting is the journey, which only ends when you put down your paintbrushes for the last time.”

The exhibition at Williamson Art Gallery & Museum in Slatey Road, Birkenhead will be free admission and can be visited Tuesday-Sunday 10.00 – 17.00. 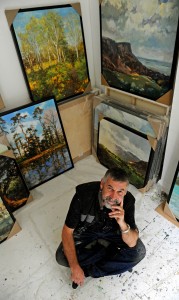 Seán McCann was born in Ballymoney, Co Antrim, Northern Ireland. His interest in painting was sparked at an early age. From his early teens he joined his father in evening art classes to be taught oil painting. At eighteen he did a foundation art course at the Ulster Polytechnic, followed by a Bachelor of Fine Art degree at Brighton College of Art and a Master of Fine Art at Birmingham Art College.

From Birmingham he moved to London where he had a studio in the East End, an area where most artists gravitated to because of the affordable studio accommodation. Since London he has travelled widely to Europe, SE Asia, including India, Malaysia, Borneo, Thailand, Laos, Vietnam, China, Hong Kong, USA and Canada. He has lived and painted in the Highlands of Scotland and the North and West coast of Ireland, and now lives in Liverpool, England, an area that is also close to the magical landscapes of the Lake District and North Wales.

He has works in private collections in Ireland, UK, Germany, Holland, Israel and the USA.