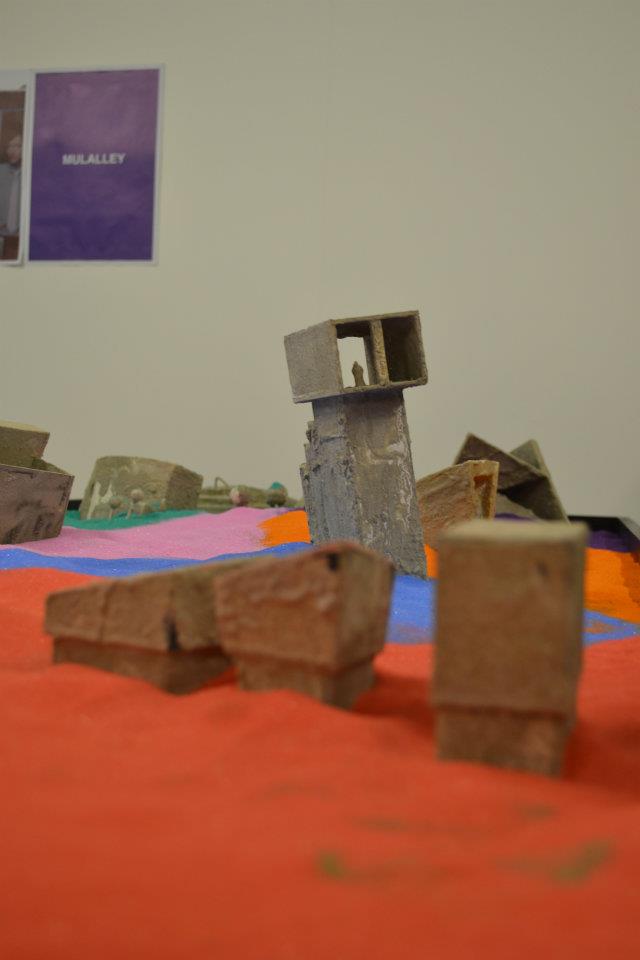 The fabric of Richard Whitby’s work appears to be on the verge of collapsing, ‘degenerating’ into its constituent parts – “When you look at something unfinished, sometimes it’s hard to tell if it’s being made, or falling apart”, he says. Through the use of hand-made objects, props and amateur or improvised performances, Richard invokes the monumental, whilst undermining the implacable façades of such structures and images – utilising props and sets in an age of fake democracy; fake growth.

The title ‘Plans Within Plans’ is a line of dialogue from David Lynch’s 1984 film Dune. The line appears towards the start of a baroque, science fiction epic that, the artist says, “promises a lot at the outset, but due to production problems only exists now in an awkward, bodged form.” The line refers to the scheming nature of one character, exposed as engaged in layered plots. Whitby’s work often foregrounds the artist’s own position as maker and as complicit agent within the systems (regeneration; tourism and the like) that the work seeks to critique. Consisting of video, writing, printed posters and sculpture, it is concerned with layers of differing meanings and interpretations: façades and artifice that build between different works.

At The Royal Standard, Whitby will show three new videos. Using different modes of presentation and modelling, they explore the commonality between architectural ‘pre-visualisations’, cinematic special effects, stage-set designs and the propositions of contemporary advertising. A Time to Love and a Time to Die adopts the title of a Hollywood melodrama from 1958. The film was made by German director Douglas Sirk and is a story about German soldiers (played by American actors) at the end of the Second World War. In Richard’s video, computer generated 3D models draw inspiration from the cover of the soundtrack album from the film – a damaged copy of which provides the audio. The embrace of two lovers, the man in German uniform, is repeatedly rendered – in abstracted blocks and cylinders, in digital granite and metal.

The Beating of Vast Wings!was made in 2011 in the artist’s current home – Bow, in East London. It takes the story Richard Strauss’s 1905 opera Salome – an old testament allegory of decadence and impending doom – and juxtaposes it with a narrative of urban renewal in London, as well as a version of Strauss’s own fate in post-war Austria. The American voice, belonging to a young man recorded in present day London, struggles to relay a story he half knows, whilst images of models and sketches appear and disappear on the screen. Past and present tenses are elided; stories misappropriated and distinctions between historical truth and fictional artifice are suspended.

A new video made in Liverpool with local actors is a response to the new architecture of the city, which has proliferated since he left in 2004. Each actor improvises with small models made by the artist, based on buildings in Liverpool. Playing the role of an architect, the actors are asked to describe their own invented inspirations for the buildings’ designs. This work looks at the impersonal forms of current international architecture and asks local actors to make personal connections to it and claim it as their own.

Richard’s ongoing series of posters appropriates phrases or words and photographs or found images. Although taking formal cues from advertising, he attempts to set the detached signs adrift, the intention or ‘pitch’ is obscured. The artist proposes that ‘misappropriation’ of cultural tropes might be not only an interesting proposition, but also an empowering one. The processes of translation, repetition and mutation are central to all the work – be that within myths, formal tropes, re-makes and franchises, or personal nostalgia.

The glossy optimism of ‘infinite’ growth, and the itinerant brutality of capitalism; the proscenium arch that frames urban life, and the suspension of disbelief necessary to exist in contemporary culture – these are the central themes of the work.

Richard Whitby (b.1984, Liverpool) is an artist and writer based in London. He has studied at Wimbledon College of Art and The Slade School of Fine Art. Recent projects have included a book, American Mountains – Greenway, produced at Grand Union Gallery, Birmingham and a residency at Meantime Project Space, Cheltenham, both in 2011. He also co-edits the artist’s website dreck.co.uk and is currently studying towards a PhD at the London Consortium. His website can be found at richardwhitby.net. 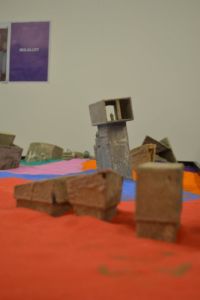