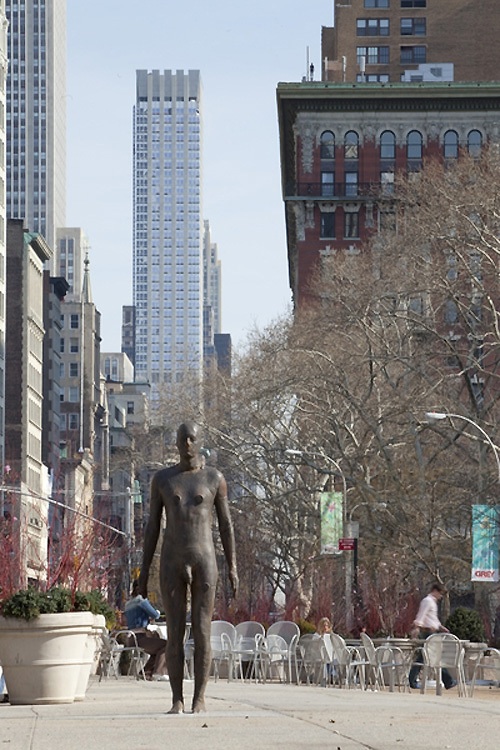 I seem to recall Antony Gormley’s iron men on Crosby beach were originally destined to go onto New York but then Crosby decided to keep them.

Now NY have got another batch of about 30 dotted around the skyscrapers, presumably the ones that were in similar positions in London a while ago.

British artist Antony Gormley conquers New York’s Flatiron District with his legion of naked men, inhabiting pathways and sidewalks in and around Madison Square Park and perched on ledges and rooftops of buildings from 14th to 34th streets on Manhattan’s East Side. Cast from the artist’s own lean body in iron and fiberglass, the 31 anatomically correct statues, which make up the installation Event Horizon, literally swarm the park. Finding them is a bit like playing “Where’s Waldo?,” yet once spotted, they bring to mind the angels watching over Berlin in Wim Wenders’ film Wings of Desire.

A year’s worth of culture in one summer