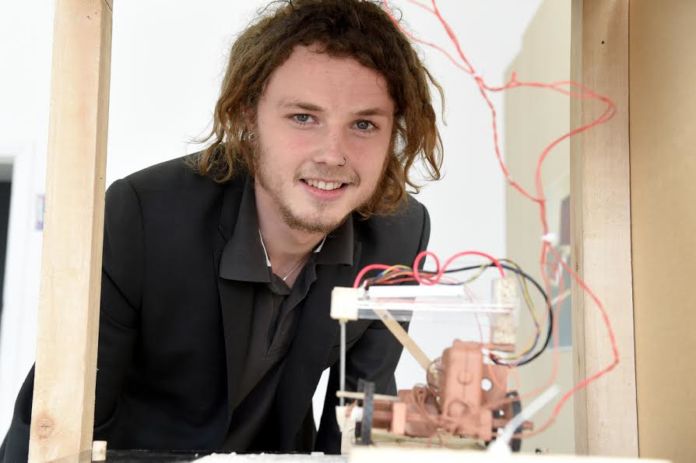 Ant, selected from a short-list of final year Liverpool Hope Fine Art students, will receive funding for the two-month long residency and the production of a new body of work to be exhibited at FACT in December. The announcement was made on the opening night of Liverpool Hope University’s Fine & Applied Arts Degree Show, at the University’s Creative Campus.

This is the first graduate residency between FACT and Liverpool Hope University and it marks an overall shift in FACT’s approach to making production a more visible part of the exhibition process. Ant’s work will be exhibited as part of FACTLab – an experimental workshop space for technologists and artists to collaborate and produce projects in an open environment.

Ant is originally from Northampton. His most recent work explores the physical and emotional responses of the audience to sculptural objects inspired by the funfair, arcade games and other playful encounters. Levers, buttons, electrics and even basketball hoops all feature in his work. See more of his work 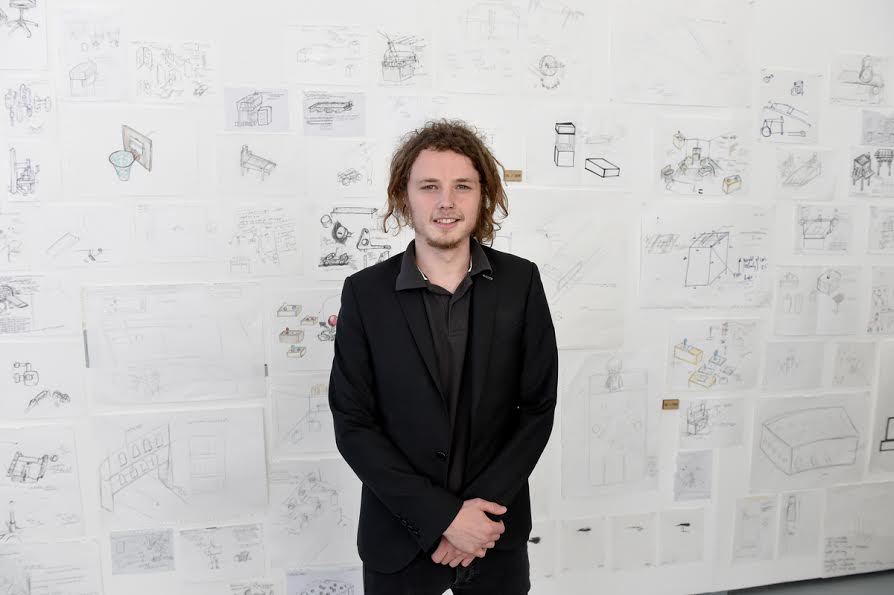 His proposal for the FACT exhibition is for a piece which will explore how social media can allow us to live in a paradoxical reality online, in which we can attain a false sense of belonging and temporary appreciation. He will create an inflatable structure that responds to social media interaction, by making the size of the living installation change depending on likes or other types of online recognition. This change in appearance will directly manifest the installation’s own popularity, working as a visual metaphor for how we are affected by the attention of others online.

Funding for the residency has been provided by FACT, the Liverpool Hope Vice Chancellor’s Initiative Fund and an Innovation Award from the University’s Learning & Teaching Committee.

Storyhouse Reveal New 800 Seater Auditorium This Week With Launch Of...

Making Stuff at the Kitchen Gallery

‘Made Up’ Photo Competition