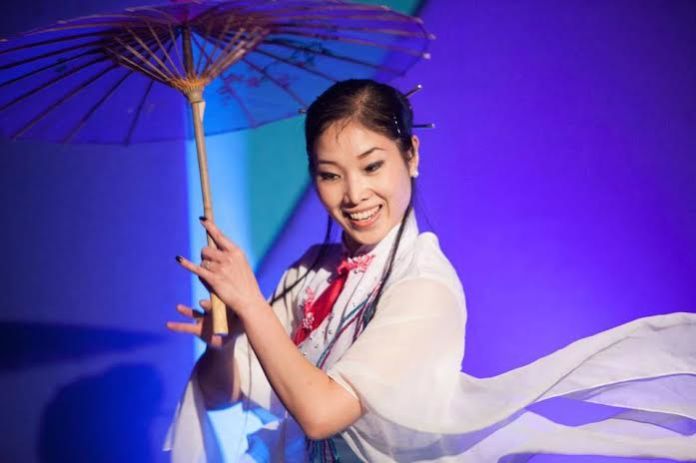 A Chinese dancer living in Liverpool has revived a 2,000-year-old traditional dance as a centrepiece of a feast of entertainment to welcome the Year of the Horse.
Fenfen Huang from Linhai in Zhejiang Province wants a British audience to experience the colourful spectacles that dominate television screens across China.
Ms Huang, director of a Liverpool-based arts and culture company, China Pearl, has produced an evening of Chinese dance and music on Saturday, February 1 to be performed at the Unity Theatre in her adopted city.
The centrepiece will be what Fenfen Huang believes is the first ever performance in the UK of a dance devised over 2,000 years ago in China. 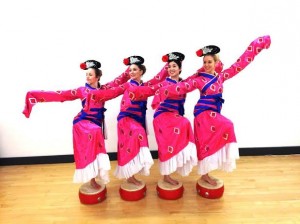 Fenfen explained: “The old dance is a traditional Chinese Han Tang dance called Xiang He Ge (Xiang He Ballad). It was choreographed by Professor Sun Yin from the Beijing Dance Academy who has been devoted to developing traditional Han Chinese dance for many years. I reworked the old dance with my dance group in Liverpool.
“The piece is based on Your Collar, a famous ancient poem from Shi Jing, the early collection of Chinese poetry and one of the Five Classics of Confucianism. The girls chant the poem and dance on and off drums creating rhythms with their feet to express their affection for absent loved ones.
“I want to present this piece to share with a British audience the traditional dance, music, literature and costumes over 2000 years ago in China, which reflects the diversity and depth of Chinese culture.”
The show also includes a range of Chinese dance and music. 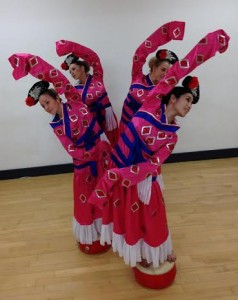 Fenfen added: “In China one of the highlights of the Spring Festival and our New Year are the spectacular shows.  Seeing them is one of the things I most miss about China, they are so colourful and vibrant and a great way to start a new year.
“China Pearl decided we want to capture some of this magic right here in  England so a UK audience can share the same experience.
“We will bring the spirit of horse to the Unity Theatre with an exciting Chinese cultural show of exquisite and electrifying dance and music featuring traditional, contemporary and fusion styles.”
The show will include solo dances by Susie Lu, who has performed on China’s state television station CCTV. Yuxuan Su will play the Chinese harp and it is hoped a graduate from the prestigious Chinese Central Music Conservatory will be take part in the show. Local break dance group Funkymentals will perform a popular and vibrant Kungfu story in a fusion style. Fenfen will also perform some Chinese dance solos.
“The show will be very eclectic with traditional Chinese dance, Chinese national & folk dance, Chinese classical music, Chinese classical, folk and pop singing, plus a fusion of street dance and Chinese martial arts. Our audience will learn about Chinese history, tradition, literature, ethnicity and the integration of Chinese culture in British society,” said Fenfen
Show takes place 1 February, more details here: https://www.artinliverpool.com/?p=47978
*for tickets please visit www.unitytheatreliverpool.co.uk  or call the box office on 0151 709 4988.