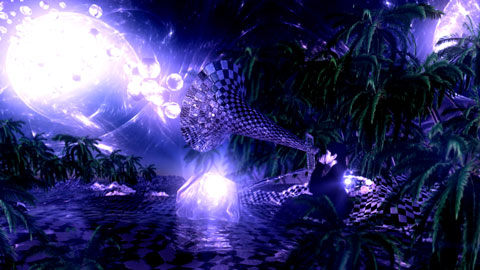 When AL and AL won the Liverpool Art Prize in 2009 they were based at Metal at Edge Hill Station. Since then they have been working with Philip Glass and others on a film called ‘Icarus at the Edge of Time‘.

The film is being premiered next week in New York with Stephen Hawking as guest of honour and an amazing list of VIPs. Then it’s being shown in London’s Southbank Centre in early July.

Icarus at the Edge of Time is a futuristic reimagining of the classic Greek myth set in outer space, based on a stunning book by the world-renowned physicist Brian Greene.

A cutting-edge film by Al and Al and a brand new score by Philip Glass, performed live by the London Philharmonic Orchestra and conducted by Marin Alsop, tells the tale of the boy who challenges the awesome power of a black hole and the unyielding forces of Einstein’s general relativity.

You can see more images, or find out more here.

UPDATE: Images replaced with more up-to-date and relevant ones – courtesy of the artists Al and Al. Wolfgang Tillmans at The Walker – last chance to see