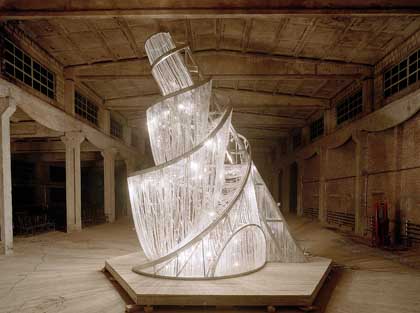 You may recall Ai Weiwei’s Fountain of Light floating in the Albert Dock a few years ago and also his spider installation above Exchange Flags during the 2008 Biennial.

Ai Weiwei, best known for helping create a ‘Bird’s Nest’ stadium for the Beijing Olympics, is bringing his talents for grand scale work to the Turbine Hall of Tate Modern.

Ai becomes the eleventh artist to accept the Unilever-sponsored commission, yet still the first who lives and works in the Asia-Pacific region.

Vicente Todolí described him as “one of China’s greatest living artists” and said: “Ai Weiwei’s compelling installations are among the most socially-engaged works of art being made today.”

He said it would be thrilling to see how the vast public space might be filled later on this year. The installation will run from October 12 2010 to April 25 2011.