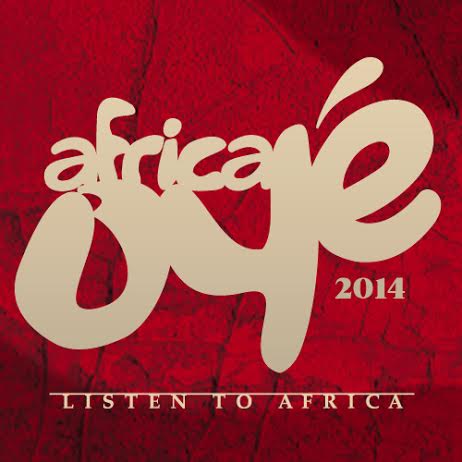 It’s been a busy Summer at Africa Oyé HQ! With more globally acclaimed artists to announce, Africa Oyé won the ‘Inspiration Award’ at Liverpools GIT award ceremony last month and Songlines magazine have also named Africa Oyé as one of their Top 10 UK Summer Festivals for the 5th year running!

This year Africa Oyé will be bigger and better than ever, taking place 21 & 22 June in Sefton Park. The free, family-friendly event features workshops, Oyé Active Zone, DJ tent, world cuisine and Oyé Traders Market on top of the sterling main stage line up.

Rising to fame in the 90’s, Finley Quaye’s sound made waves across the globe and he topped the UK charts with hIts like ‘Even After All’ and ‘Sunday Shining’. His debut album Maverick A Strike was an instant success racking up multi platinum record sales. Quaye (whose relatives include Afrobeat purveyor Femi Kuti and trip hop star Tricky) will play a mix of classic and new material when he brings his warm Sunshine sounds to the stage.

“It’s an honour to be headlining Africa Oyé in Liverpool; Songwriter City as I often refer to it. It’s a privilege for us to be gracing the stage in Sefton Park; a park I often talk about and we are also blessed to be part of such a prestigious event and line up.”

Jupiter & Okwess International have a unique story;  Jupiter was born into a family of griots from the Mongo region. His grandmother was a renowned healer and she taught him how to play traditional rhythms to heal the sick at a young age. As a teen his family moved to Berlin, where he collaborated with European musicians before returning to the Congo. A documentary about his musical exploration called “The Dance of Jupiter” was released in 2007 and his album Hotel Universe was released last year to critical acclaim.  Jupiter also collaborated with Damon Albarn to feature on the album “Kinhasa One Two” in 2011.

Also joining the bill are London based Cuban 9-piece band Wara, playing a mix of latin funk, hip hop and rumba. Bending genres with gusto, band members hail from across the globe; from Argentinia to Spain and this unique mix defines them.

Next up on the bill is HAJAmadagascar & The Groovy People who create Afro trance, in a project that gathers musicians from across Africa and the Diaspora. Rooted in Malagasy tradition (the spiritual music of Madagascar) the charismatic groups live show delivers immense energy, and is a must-see education for music lovers!

‘Homage To Magool’ feat. Farxiya Fiska, brings together some of the leading contemporary Somali singers living in the UK to present the music of their country’s most popular singer, Magool. 2014 marks the 10th anniversary of the death of the Somali legend, and this performance will feature Farxiya Fiska – the first Somali artist to have Youtube hits exceeding 1 million – amongst others, paying tribute to her legacy.

With a career spanning four decades, Misty in Roots are one of England’s finest Roots Reggae groups. Along with Steel Pulse and Aswad, the band was one of the most powerful live reggae acts to emerge from 1970s London and noted for their powerful sound and uncompromising lyrical vibrations. They became the major force in Rock Against Racism, playing more concerts than any other band in the movement. Through each incarnation, the message of Misty in Roots remains consistent, laying down the Rasta ideology and spirit on a bedrock of solid, melodic bass, gospel-tinged keyboards and triumphant horns.

Also added to the bill are Joe Driscoll and Sekou Kouyate, one a hip hop extraordinaire from New York and the other a West African maestro. The expression “music is a common language” has never been more apt. US-born Driscoll speaks no French and Kouyate, who hails from the West African country of Guinea, little English. When they were brought together at the Nuit Metis (Mixed Night) festival in Marseille, France in 2010 and given a week to produce a concert, music was the only way they could communicate. They have since formed a band, recorded an album, and performed over 120 concert dates across Europe to rave reviews. Driscoll and Kouyate are mindblowing; blending hip-hop, spoken word, funk, and soulful, accessible rock with Afrobeat, reggae and irrepressible African grooves.

Mose ‘Fan Fan’ will also grace the stage at Oyé 2014. One of the original purveyors of ‘world music’ in the UK, Mose began his career in the 60s and is one of the ‘grand old men’ of African music in Europe. A central figure in the burgeoning area of ‘world music’ in the UK in the 80s, it is with great pride that Oye welcomes him to the festival for the first time in 2014.

Afrobeat star Abdoulaye Samb & Minnjiaraby hails from Senegal and brings sunshine sounds to Liverpool this summer. Another sterling addition to the line up includes Abdul Tee-Jay’s Rokoto from Sierra Leone, to truly get the Sefton Park stage rocking under the feet of such globally acclaimed talent.