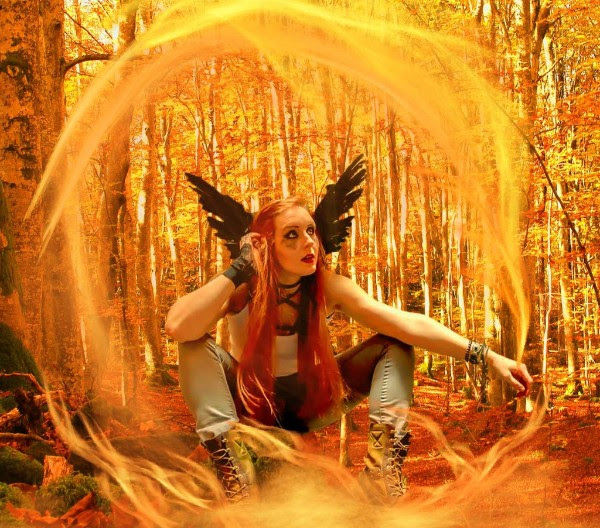 MATE Productions CIC receive Arts Council England funding to take a spectacular walkabout fairy-tale production of Willo the Wisp and the Fire Sprite around parks and gardens of Merseyside this autumn.

MATE Productions, a community arts and theatre organisation with over 18 years experience creating site specific and outdoor touring theatre has just received Arts Council England funding for their next exciting tour. Based in Prescot, Knowsley, in the old Museum, and led by Artistic Director and CEO Gaynor La Rocca, MATE Productions is a cultural rising star of the borough of Knowsley. Their strength in inclusively engaging the local community in their large-scale Shakespeare productions has resulted in them recently becoming an Associate Company of Shakespeare North, who are behind the £23 million investment in the Shakespeare Playhouse in Prescot.

Willo the Wisp and the Fire Sprite is an enchanting fairytale walkabout adventure touring 5 parks and gardens across Merseyside between 20th October – 4th November. The production will use spectacle and immersive storytelling to engage adults and children of all ages. Choose a daylight or twilight show to go on a quest led by the Story Wizard to find the Wisp and save the Fire Sprite Princess Ember. Along the way audiences will meet a whole host of fairytale characters – trees elves, fire sprites, white witches, gnomes, wisps and trolls; in beautiful locations around the parks.

Aside from their usual community and schools workshops and youth theatre activity, MATE Productions usually stage one outdoor touring production per year (this summer it was a steam-punk musical re-imagining of Treasure Island – which received 4*s in The Stage). This will be the first time MATE has produced a second touring show of this scale in one year, reflecting their ambition to grow and develop as a family friendly and community-led artistic producer of theatre and arts.

Gaynor La Rocca says; “This is a great step for MATE, we’re so excited to be bringing alive the parks and gardens of Merseyside at dusk this autumn season. It’s going to be a magical and immersive experience with live music, fire dancing, puppetry, and some stunning design work as audience walk from scene to scene”.

MATE will also be taking over the Prescot Market Place and associated Bistro, the result of a £0.5m heritage lottery investment. This newly restored amphitheatre will host festivals, events and performances throughout the year, and create a cultural hub in Prescot, opening early 2019.
Touring and ticketing details