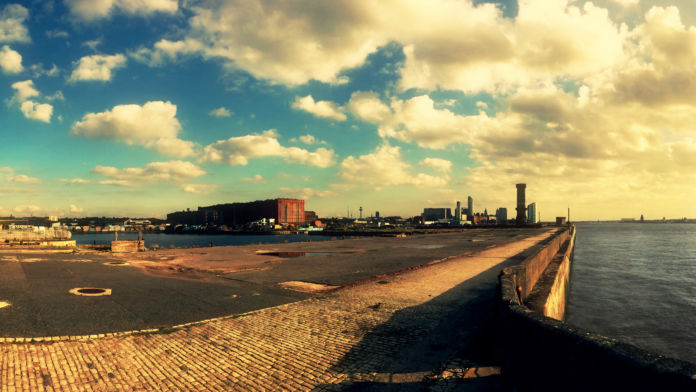 There is less than a fortnight to go before the UK’s biggest city festival gets underway and this year, the festival has undergone a huge transformation. In addition to some of the biggest bands in the business from The Vaccines to The Flaming Lips, an incredible line-up of upcoming musical talent and a conference programme that features legends from Wayne Coyne to Edwyn Collins, there is an enormous amount of activity across both the post apocalyptic themed festival and the conference that simply cannot be missed.

Forming an impressive centerpiece of this year’s festival is the Kaskelot, a formidable tall ship that will serve as a floating venue for parties and intimate shows. Everyone attending the festival will be given the opportunity to get their hands on special tickets to get onboard by staying sharp and looking out for the unique ways they can claim a Kaskelot pass. 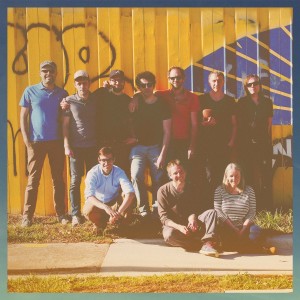 A Sound City staple, the Aussie BBQ is one of the highlights of the festival. In partnership with Sounds Australia, the BBQ will take place at the Kraken Stage on Saturday 23. The Aussie BBQ is quite literally an Australian-style BBQ with loads of freshly grilled free food, whilst artists and bands provide live music from 1pm. The line-up of artists is exclusively Australian and includes Saskwatch, Millions, Sun God Replica and many more.

Alongside the Aussie BBQ there are a host of international and industry parties across the festival including BreakOut West, Generator NI, PRS Foundation, Quebec showcase with POP Montreal , Korea Rocks, Horizons: New Music from Wales, New Zealand Music Export, French Music Bureau and many more from around the globe.

The Mudflappers are just one of the many Sound City curated spectacles taking place across the festival site. The irreverent band of swing dancers will be performing their New York-themed Lindy Hip Hop show exclusively for Sound City 2015. They will also be offering free taster lessons for anyone who wants to join in and give it a go.

Brazilica Carnival returns for a specially commissioned samba meets Mad Max feast for the eyes. If you haven’t before witnessed Brazilica you are in for a treat, a huge float of dancers dressed in a post-apocalyptic theme hell-bent on entertaining Sound Citizens while they party the night away. 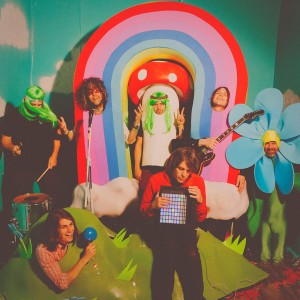 Sound City have partnered with Edge Hill University again to bring their ‘The Label’ showcase to the festival.

The Label is Edge Hill’s very own record label, set up as an independent not-for-profit record company with a goal of promoting new music and giving students hands-on experience in a competitive industry. Hooton Tennis Club took part in the 2014 showcase and ended up signing to

Heavenly Recordings and this year Edge Hill are bringing a line up to the Kraken stage on Sunday 24 featuring SeaWitches, The Little Secrets, Bathymetry and Oranj Son.

On the conference side of Sound City there are many more items on the programme that cannot be missed.

Hosted with the hub, The Alan Wills Innovation Awards is for those entrepreneurs with projects that are genuinely innovative and who have a burning desire to propel them forward. The entrepreneur with idea deemed to be the most innovative and likely to succeed will be awarded £500. 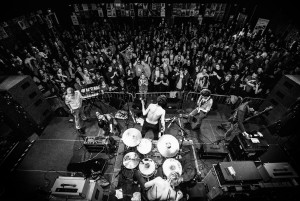 The conference also teamed up with JUXDIT and PledgeMusic to create Direct-To-Fan campaigns for three artists at the Sound City festival and conference. This is a unique opportunity for artists launch their own PledgeMusic campaigns and get the chance to appear at Sound City as part of the official showcase.

The finalists for this first ever real time Direct-To-Fan campaign are Sankofa, Gerry Cinnamon and Scarlet but the overall winner will be announced on Sunday 24 May and will then get the chance to play a live set on one of the major stages in the Sound City arena. The winner will also win a professional music video made by a local production company, Greenbrick. PledgeMusic donate a percentage of each campaign to official Sound City charity partners, Claire House on behalf of the artists.

Sound City 2015 is taking place on the Liverpool Docklands. To see the full line up, buy your wristband or find out more, visit www.liverpoolsoundcity.co.uk

NML Welcomes its 2 Millionth Visitor of 2009