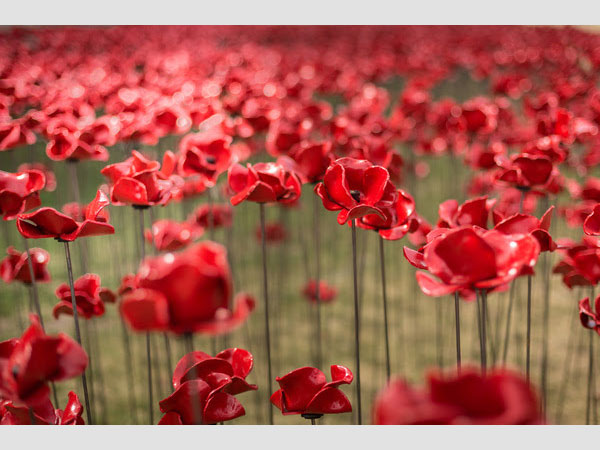 14-18 NOW & Liverpool City Council are delighted to announce that our very own St George’s Hall will be the location for the travelling sculpture Weeping Window, created by Paul Cummins, artist, and Tom Piper, designer.

From November 2015 – January 2016, the iconic poppy sculpture which attracted millions of people to the Tower of London in 2014 will be displayed outside the stunning St George’s Hall.

When on display in London, the Weeping Window was the cascade of poppies that could be seen pouring out of a high window and in to the moat below and is made up of thousands of ceramic flowers to represent the lives of the military fatalities lost in the First World War.

You’ll be drawn to this art! St Helens World of Glass