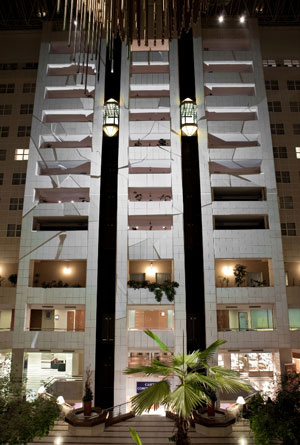 A VISUAL and audio feast will celebrate 100 years of Liverpool’s most iconic building this summer.

A very special FREE On The Waterfront weekend at the Pier Head will mark the centenary of the Liver Building, and not only features live music – but also a UK first which will astound audiences.

Every evening from 22-24 July, a 3D Son et Lumiere spectacular will use cutting-edge images and sound to bring the building to life, transforming it in front of your eyes.

The spectacle will take the history of the city over the last 800 years – from civil war and industrial revolution, to World War Two and the Beatles – to create an unforgettable digital homage to its place in history.

And the city’s newest building will also be on the receiving end of a mind-boggling digital creation.  The new Museum of Liverpool, which will have opened just a few days earlier on19 July, will become part of the celebrations with its own 3D projection.  It will create a new waterfront dimension, changing the perception of seemingly ordinary objects, and at the same time shattering the viewer’s perception and perspective.

The ground-breaking productions have been created by internationally acclaimed artists The Macula who are based in the Czech Republic and have never worked in the UK before.  It is hoped their work will be something generations will talk of for years to come.

Each evening the event will be kicked off by a special musical performance.  On Friday, blues singer Connie Lush will take to the stage, on Saturday the Royal Liverpool Philharmonic Orchestra will add a classical edge to the proceedings and on Sunday, local band 6ix Toys will entertain the crowds.

Throughout each evening, giant, beautifully illuminated lanterns representing key points in the city’s history will be on display at the Pier Head, and there’ll even be some illuminated fish swimming in the canal!  And, on the Friday and Saturday, there will be an extended opening of the Museum of Liverpool from 10am to 10pm.

Martin Posta, who works with The Macula, said:

“The Liverpool challenge is one of the most important events for The Macula team in 2011.

“The On The Waterfront event should be the place where modern architectural mapping meets Liverpool’s history and its contemporaneousness. In our conception, the creative approach to the projection should come from the historical differences of the buildings.

“The Royal Liver Building should represent the old, traditional aspect of Liverpool’s history, drawing inspiration from the uniqueness of the architecture and depicting the city’s 800-year-history on the surface of the building.  At the same time we want to reflect its significance as a symbol of the wealth during the late nineteenth century and early twentieth century.”

This year’s series of events were kicked off in April by the hugely successful Spring on the Waterfront which attracted around 60,000 visitors to the Pier Head during the ten day maritime extravaganza.  Historic Tall Ships, regattas, a sea shanty festival and historic canal boats all took part in the festival.

The final On the Waterfront event will take place from 8-15 September 2011 and will see a new-look Mersey River Festival return for the first time since 2005.  A Royal Navy visit along with Cunard Cruise Liners, including the new Queen Elizabeth and the Queen Mary 2, will all be part of the much-anticipated activities.

Links to footage of previous events produced by The Macula:

Event for Fanta at a Dubai shopping centre: http://www.youtube.com/watch?v=e2DIU8qB9V0

The Royal Standard to Relocate

MUSIC – Above the Beaten Track