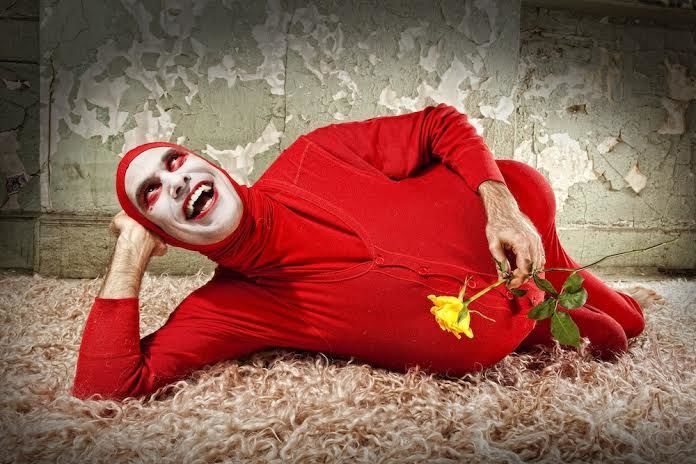 Liverpool’s Tmesis Theatre and Physical Fest are back for 2014, and this year Physical Fest – the only festival of its kind in Europe, celebrates its 10th consecutive annual outing since its launch back in 2005. This year’s festival runs between Friday 23 – Saturday 31 May 2014, and for those who cannot wait that long there is a special festival warm up weekend for young people on Saturday 10 & Sunday 11 May.

This year is set to be bigger and better than ever before, featuring more events than ever including an incredible 3 UK premieres. As always, Tmesis Theatre will be bringing the very best and most established artists from all corners of the globe, with companies from the US, Poland and Brazil joining the UK performers for a truly international Physical Fest.

Street theatre will also be making a welcome return this year after debuting in 2013 to great reception and success.

Physical Fest will launch on 23 May at the Unity Theatre with the annual ‘Fest Live’ an international showcase of the most exciting new physical and visual work from both emerging and established artists, which is carefully selected by a panel of UK festival directors.

On Saturday 24 May at the Unity Theatre, two Fest favourites present short versions of their new work; Mary Pearson showcases a multi disciplinary solo homage to the avant-garde and experimentaland Klowns, rooted in traditional clowning techniques, bring what they believe to be a timeless tale of death and love in a hugely funny and contemporary piece. Then Conflux return to perform two extracts of new work created through its International Residencies Programme – an opportunity for early-career artists from across Europe, in the first of the festival’s three UK premieres.

On Tuesday 27 May Physical Fest are delighted to introduce Red B*****d – a dangerous, seductive comedy monster all the way from the US. A huge hit at 2013 Edinburgh Fringe Festival, he is now ready to shock and seduce Liverpool audiences, who should come prepared for anything to happen in this interactive show. Expect audience participation as he engages in raw conversation, uncovering ridiculous and disturbing truths. His bold wit and physical prowess have been lauded by critics and audiences alike. 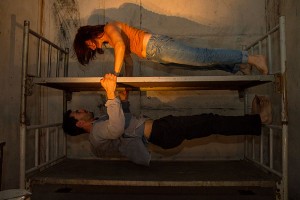 On 27 and 28 May, acclaimed Spanish company Res De Res will take over St Nicholas ‘Bombed Out’ Church on Leece Street to give 15 audience members at a time a theatrical experience like no other, inspired by thriller movies where they will share a small ‘prison cell’ like space with a couple, unaware of each other, trying to piece together the mysterious death of their relationship.

Then on Friday 30 May, renowned Afro-Brazilian Capoeira and dance master Ellisio Pitta presents Othello – a powerful and visually stunning reinvention of the popular and dramatic tragedy; themes of slavery, racism and liberation come to the surface through elements of modern afro-dance, capoeira and classic ballet. This is Othello as you have never seen it before, in another of the festivals UK premieres.

Following the success of his show Beating McEnroe in last year’s festival, Jamie Wood returns to present his brand new show O No! in the final 2014 UK premiere at Physical Fest. Playing amongst the enigmatic instructions of Yoko Ono’s art works, in the shadow of Lennon’s death, O No! is a psychedelic ride – a wonky homage to the woman damned for destroying the Beatles and a show about reckless optimism, high art and what we might yet have to learn from the hippies.

There will also be a special Tmesis 10 Year Exhibition in the Unity 2 space throughout the festival to celebrate the theatre company’s accomplishments during the last decade, featuring pictures, props and highlights from the performance work and festival, as well as prints from this year’s resident artist, Gill Smith.

As always, the festival will also include a series of interactive workshops with sessions available in clowning, improvisation and physical theatre from top names in physical theatre including Barney O’Hanlon – a core member of New York’s internationally acclaimed SITI Company, Red B*****d, Yorgos Karamalegos, Bruno Caverna and Anu Solomen. All classes will take place at The Bluecoat and full details can be found on the website www.physicalfest.com.

Physical Fest has become one of the international key events in Liverpool’s cultural programme, bringing the world’s best local, national and international movement and physical theatre artists to Liverpool in an exciting 9 day programme of events, workshops, taster classes and performances. With an exciting and diverse line up, 2014 promises to deliver the exceptional class of entertainment this festival has become renowned for.

Find out details of what’s on here

MUSIC: Music on the Waterfront