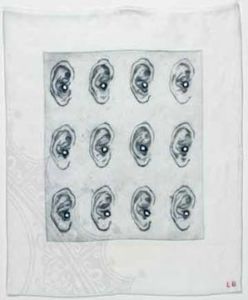 Some of the world’s most exciting contemporary artists star in a new exhibition at the Walker Art Gallery from 2 February 2013.

New Works at the Walker consists of more than 50 works from the gallery’s own collection and includes pieces by Anish Kapoor, Paula Rego, Yoko Ono, Wolfgang Tillmans and winner of the 2010 Northern Art Prize, Haroon Mirza.

An eclectic mix of installations, paintings, drawings, prints, video, sculpture, costume and decorative arts, the exhibition explores the broad range of work the Walker has collected in recent years.

Director of Art Galleries, Sandra Penketh said: “New Works at the Walker presents a rich display of contemporary fine and decorative art, which might come as a surprise to those who only associate the gallery with its outstanding historic collection.

“The exhibition explores how good working relationships with artists and art organisations have helped enhance the Walker’s contemporary collection. From the generosity of artists who have gifted their work to the Walker such as Yoko Ono, Lubaina Himid and Rachel Goodyear, to the support of the Art Fund and Contemporary Art Society, this exceptional collection remains fresh and relevant.”

A bit more news from Warrington

The Bombed Out Church – Public Consultation, Show Your Support