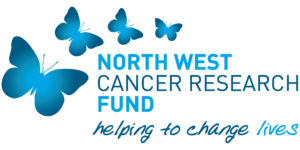 The collaboration means that NWCRF will fundraise during the two-day
festival on Saturday 9 and Sunday 10 March 2013. NWCRF will also have its
own stage on Sunday 10 March where acts including Dave O’Grady and star
of BBC’s The Voice Frances Wood will perform.

The announcement of the partnership comes just days before the launch of
the new look Threshold Festival and advance tickets go on sale.

On Saturday 20 October the new look of the festival will launch at The Picket
along with the discounted New Bird ticket (the Early Bird weekend ticket
named after New Bird Street in the Baltic Triangle).

Anne Jackson, Chief Executive of NWCRF, said: “We’re thrilled to be
Threshold Festival’s charity partner. The festival’s growing reputation and
audience gives us an opportunity to let more people know about the charity
and what it does.

“We raise money in the North West to fund vital cancer research in the North
West, so it’s great to be supported by a North West festival.”
Chris Carney, Threshold Festival Artistic Director said: “North West Cancer
Research Fund is an amazing charity that does great work right here in the
North West and we’re delighted to be working with them.

“Next year’s festival is set to be the best yet and we can’t wait to have
NWCRF joining us during the weekend.”

To celebrate the launch of the discounted New Bird ticket on 20 October Louis
Barabbas & the Bedlam Six will release their new single Three Down Four To
Go.

There will also be music during the day hosted by Mr. Matt Lammin and
featuring some of the next generation’s hopeful singer/songwriters Dominic
Dunn, Emilio Pinchi, Charlotte Williams and Zia Larty-Healy and Italian touring
act The Grapes.

In the evening there will be performances from touring Swedish heavy
rhythmic pop outfit People of K and LIPA urban marvel Orian both of whom
people may have been lucky enough to catch at this year’s Sound City.