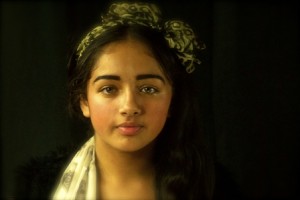 Artwork from young people on Merseyside will go on display at the Museum of Liverpool this Friday 16 March, exploring the effect of ant isocial behaviour legislation on their lives and communities.

100 young people from areas across the city including Norris Green, Toxteth and Kirkby have collaborated with groups in New York on the Postcode project, using photography to create portraits resembling ‘Old Masters’.

Eight works from the project will go on display at the new Museum, which have been created by 15 – 24 year olds working with film maker and photographer Joann Kushner in Liverpool and artist Dread Scott in East New York.

Joann Kushner from Urban Revolt Media said: “The idea was to look at two areas in different countries that use stop and search as a crime prevention tactic and get young people who are affected, to talk to each other about the effects these tactics are having on how communities develop.

“We looked at the effect on building relationships with youth and older generations, the fear of crime, us and them – between youth and the police – and young people being pushed into the criminal justice system via anti-social behaviour.

“The connection is intended to get young people to engage in conversations about crime in their own communities and involve them in discussions about what is the best way for communities to be policed and bring them together with community organisations to campaign for change.”

The project is a collaboration between Urban Revolt Media, National Museums Liverpool, the Bluecoat and Rush Philanthropic Arts Foundation in New  York.

Ferry ‘cross the mersey’ by John A Walker

Liverpool Biennial 2012 – Weekend One the first weekend of workshops,...

More Artists Added to the Directory