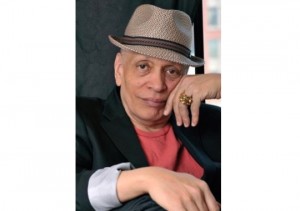 Walter Mosley heads to the city from New York for a rare UK appearance during Liverpool’s One Magnificent City’s celebrations. In a unique event hosted by Writing on the Wall, he will explore a shared literary heritage and transatlantic experiences of race, class and equality. Walter Mosley is one of the most versatile and admired writers in America today.  He is the author of more than 43 critically acclaimed books, including the major bestselling mystery series featuring Easy Rawlins and Devil in a Blue Dress. His work has been translated into 23 languages and includes literary fiction, science fiction, political monographs, and a young adult novel. He is the winner of numerous awards, including an O. Henry Award, a Grammy and PEN America’s Lifetime Achievement Award.

Walter’s latest book, Inside a Silver Box which continues to explore the cosmic questions entertainingly discussed in his Crosstown to Oblivion. From life’s meaning to the nature of good and evil, Mosley takes readers on a speculative journey beyond reality. In Inside a Silver Box, two people brought together by a horrific act are united in a common cause by the powers of the Silver Box. The two join to protect humanity from destruction by an alien race, the Laz, hell-bent on regaining control over the Silver Box, the most destructive and powerful tool in the universe. The Silver Box will stop at nothing to prevent its former master from returning to being, even if it means finishing the earth itself. Copies will be available to purchase on the night, and signings will be taking place.