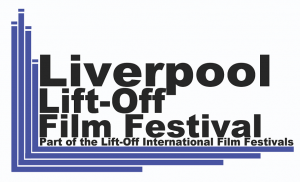 12 – 14 March 2015
Various dates and times*
Free
Liverpool Lift-Off is part of the Lift-Off International Film Festivals, dedicated to the discovery and development of independent artists in an unbiased environment and free from any commercial pressures. Student films are programmed alongside professional/ independent films and every film that is submitted is treated equally and voted on individual merit alone. A large budget and glossy production value means nothing to the folks at Lift-Off – the only focus is great delivery of an honest story. The motto is to “Look beyond the gloss. Put talent before technology.”
Liverpool Lift-Off Film Festival is one of six international Lift-Off events, with the others taking place in Las Vegas, LA, Amsterdam, London and Tokyo. Liverpool Lift-Off Film Festival is free to attend, enabling submission fees to directly donate to bringing more audience to independent work. Lift-Off believe strongly in their filmmakers getting value for their submission fee and so every one is given extensive support and advice on topics such as marketing, crowd-funding and artistic development. Lift-Off’s aim is to create a network of creatives to one day become an industry of their own, where talent is king and hard work rewarded.
Interested? Benefit from a discount when you submit your work by using submission code LiverpoolIndie for a 25% discount. Find out more about how to submit your work here www.lift-off-festival.com
Liverpool Lift-Off Film Festival:
Fredricks, 32 Hope Street, Liverpool, L1 9BX
– Festival Screenings with Think Cinema Liverpool Thursday, 12 March 7pm – late
– Festival Screenings Friday, March 13 7pm – 9pm
– Festival Screenings Saturday, March 14 11am – 1pm
The Plaza Cinema, 13 Crosby Road North, Liverpool, L22 0LD
– Winners Announcement and Screenings, Saturday 14 March 7pm – 11pm
Keep up to date: @Lpool_FilmFest / Facebook / www.lift-off-festival.com