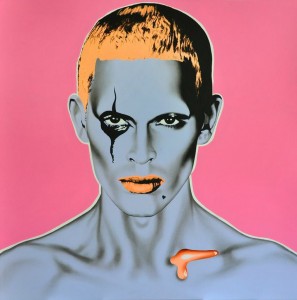 The Attitude Awards are presented every year at a glamorous ceremony in London which was attended last night by award winners, Cher, Daniel Radcliffe, Ben Cohen, and Ellie Goulding.

Homotopia won the culture award in recognition of its ten years unrivalled presentation of gay culture and education, last year’s winner was singer and actor Will Young.

Other award winners with a Liverpool link were Paul O’Grady (himself part of Homotopia in 2011) who won the Icon Award for outstanding Achievement and Lime Pictures’ Hollyoaks that won the Media Award.

Gary Everett, Homotopia’s director, was himself in the national press earlier this week when he leapt 36 places up The Independent on Sunday’s Pink List from 89 to 53. The Pink List recognises people whose work ‘makes a difference’ in the fight for LGBT equality.

Commenting on this week of awards and recognition Gary said;

“It’s really gratifying to know the work Homotopia is doing doesn’t go unnoticed. And I do believe things like our April Ashley exhibition will change hearts and minds. Now we can concentrate on delivering our tenth birthday celebrations with John Waters and Boy George.”

New Works at the Walker