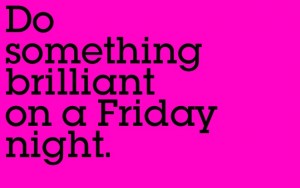 Various venues across the city

LightNight, Liverpool’s one-night arts festival returns to illuminate the city for a sixth consecutive year, when thousands of visitors will explore and celebrate the city’s world-class cultural offer late into the night.

The line up of participating cultural venues is impressive, with events at over 50 city centre locations. LightNight explores the theme Looking to the New World for 2015, as part of the 7-week series of events for One Magnificent City.

Visitors will be transported to the Golden Age of Travel as the Cunard Building’s atmospheric ticket office is transformed by Time Liners, a brand new installation by Make Space Create commissioned by Culture Liverpool. Audiences of all ages can sit at the Captain’s Table or listen to stories from those who worked on the liners, experiencing the hope of departure and the excitement about the adventures ahead.

Merseyside Maritime Museum will open late for the first time as part of the festival with a night of music, dance, poetry and art throughout the night to accompany new major exhibition Lusitania: Life, Loss, Legacy which commemorates the sinking of the passenger ship Lusitania during the First World War on 7 May 1915.

The Metropolitan Cathedral will open on LightNight for the first time, hosting a night showcasing 12 of the region’s best choirs and vocal harmony groups. A Celebration of Song promises to be a beautiful evening where members of the public can hear incredible voices whilst enjoying the unique atmosphere of one of the city’s best-known buildings.

Visitors to the festival can expect to see light projections and street performances, exhibition launches, tours, music, hands-on workshops and much more from 4pm-late.

LightNight 2015 is the launch event for One Magnificent City, a seven-week programme of major cultural events that continues with the Cunard Three Queens celebration from 24-26 May and culminating on 5 July.

Road Studios: Beyond the New World