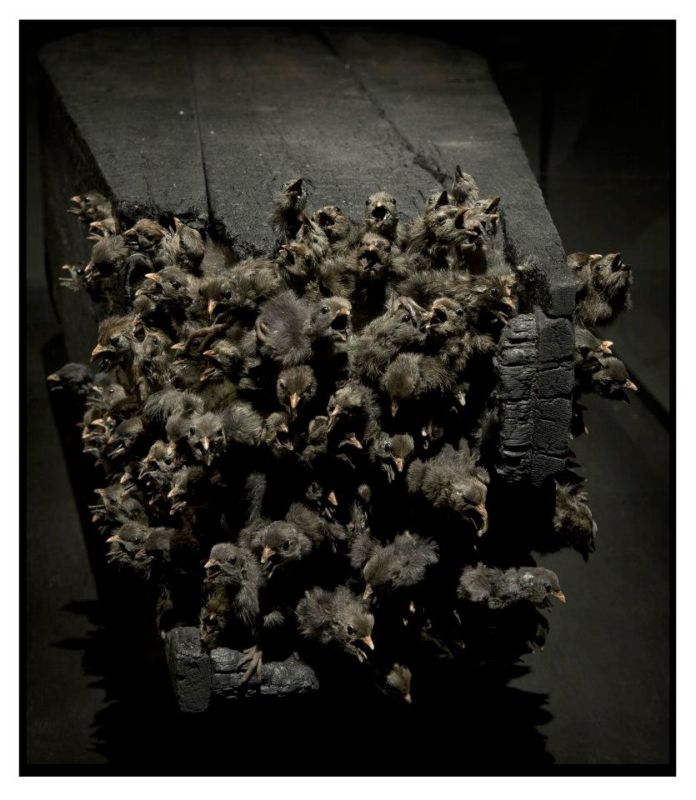 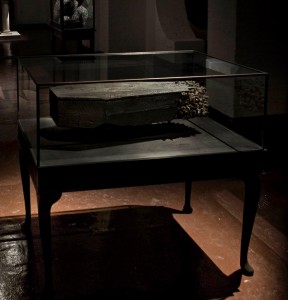 You’d be hard pressed to find a better setting to watch Polly Morgan skin and stuff a starling than the Victoria Gallery & Museum’s (VG&M) Leggate Lecture Theatre. Any taxidermist would feel right at home in amongst the VG&M’s impressive collection of skeletons, formaldehyde jars and Audubon paintings.

But Morgan is not a taxidermist in the traditional sense, and in fact doesn’t consider herself a taxidermist at all; the animals she stuffs are merely a material like paint or
clay. The evidence of her break from tradition is in her installations, where many animals aren’t depicted alive and in their natural settings but are found dead in unusual and unexpected places.

Morgan herself is a fascinating study of contrast; tall and delicately pretty, but quite at home running her nails along the edges of newly splayed animal skin. During her demonstration she worked quietly and confidently, peppering her skillful movements with descriptions of her process and describing how we might approach a similar project. It really did seem like she was instructing some would-be taxidermists in the audience with helpful hints on where to snap bones, how to dig out eyeballs and what tools are best used to pull fat from the skin. But it wouldn’t be a stretch to assume most of the audience was there out of curiosity and not to learn a new trade. 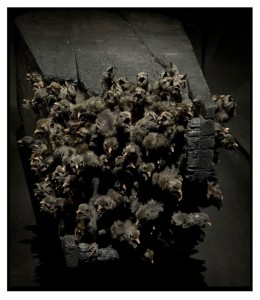 As we’ve seen from many a cooking demonstration, Morgan had a pre-prepared skin ready to swap out when time became short, explaining that she’d normally spend many more hours preparing a skin perfectly for use in an installation. In spite of the time constraints she often lapsed into long silences of complete concentration on a small task showing the audience the care and attention she’d prefer to give.

In a packed house, only a few audience members departed early but those who remained watched and listened in complete silence. A few stitches later and after a quick blow dry the little starling was right side in again, around its new wood-wool body. The audience finally let out its collective breath.

For her  next solo show Endless Plains at All Visual Arts in Kings Cross on June 8,
2012, Morgan promises to show us new work that moves away from the Victorian
and incorporates new animals and items from nature. She will explore the host-pest
relationship and the cycle of life with fantasy landscapes that will surely attract new
admirers and please her established fans.

Art of Football: World Cup 2018 through the eyes of artists