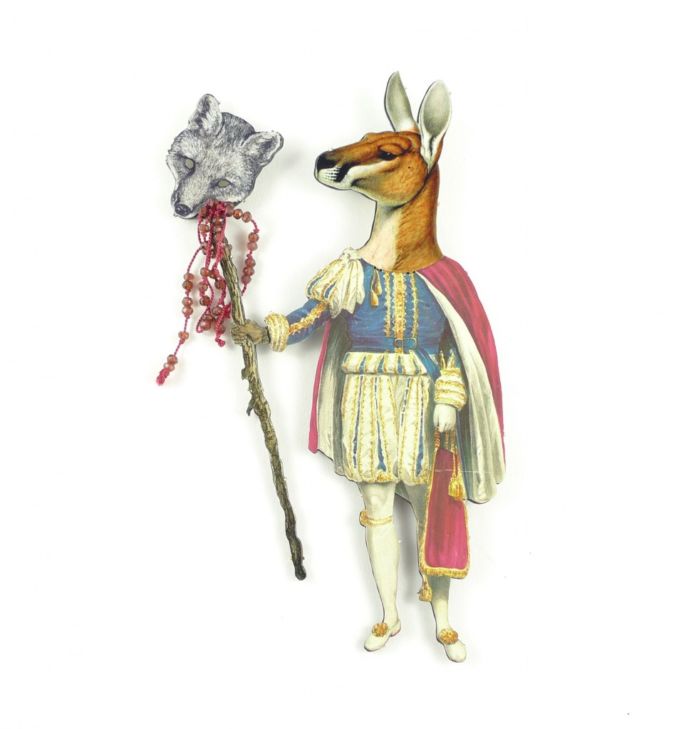 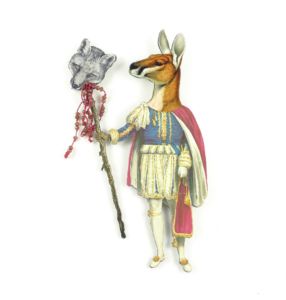 Opening on Light Night at the Bluecoat Display Centre, it was easy to miss Transplantation, a touring exhibition of contemporary narrative jewellery by a combination of British and Australian artists, organised in conjunction with the National Centre for Craft and Design. In both Britain and Australia, the past forty years has witnessed a surge of interest and activity in contemporary jewellery and in the applied arts in general. In addition, both nations of course share a tumultuous history in relation to immigration and integration over a period of centuries. It is contemporary jewellery in particular which, through its underlying connection with the human body and its ability to traverse both time and physical space, provides the ideal medium with which to address issues such as cultural identity, immigration and geographical or metaphorical relocation.

The works in Transplantation not only inspire the viewer to re-examine their own cultural sense of place, but also to re-examine how we define jewellery itself. Transplantation’s curator Professor  Norman Cherry explains that we should regard jewellery “not simply as something decorative to wear, to indicate personality, status or wealth, or to match the day’s outfit, but an eminently portable, wearable form of art with its own stories, histories and metaphors.” Each body of work in Transplantation certainly gives weight to this definition, exploring the notion of cultural, familial and artistic transplantation through unique works which resonate with both personal memories and universal themes.

Anna Davern, for example, recycles and reimagines the kitsch imagery of old biscuit and confectionary tins as well as using a sublimation technique to print additional imagery on to steel. The resulting hybrid creatures and the processes involved in their construction address issues of colonialism, multiculturalism and the indigenous. Davern’s work is imbued with a mischievous, insightful humour which seems to hint at the absurdity of national stereotypes and the pomp and
pageantry of monarchs past and present, whilst also acknowledging the hybrid nature of Australia’s own cultural identity.

Nicholas Bastin’s collections of work take their inspiration from fantasy and science fiction. Using a combination of materials including silver, stainless steel and polyurethane resin, Bastin creates unidentifiable, other-worldly forms which, although inanimate moulded components of metal and plastic, somehow transform before the viewer into eerie biological or botanical remnants of an alien landscape.

Another stand-out contributor is Jivan Astfalck, whose six-piece assemblage Heimat (a German concept often translated as ‘homeland’; according to Astfalck “the word refers to a belonging and identity rather than signifying nationalistic insularity”) is a series of objects and artefacts which in sequence are visible traces of a life story. Positioning itself against stark, functional design and standardisation, Astfalck’s Heimat resonates with the intimacy and emotion we all invest in personal
artefacts and mementoes.

Though a small and at first glance unassuming exhibition, Transplantation is an articulate, thought- provoking and thoroughly engaging show with a distinct identity. It manages to showcase a collection of uniquely personal narratives, whilst simultaneously addressing universal themes of globalisation, historical transplantation and colonisation, and collective identity. Belying their small scale, the visual impact and presence of the works in Transplantation succeed in transforming
otherwise ephemeral stories into something altogether more powerful.

Transplantation is at the Bluecoat Display Centre until 23rd June

Anna Davern, The Treasure of His Majesty’s Household, 2011.

Edgelands: Emilie Taylor at the Williamson