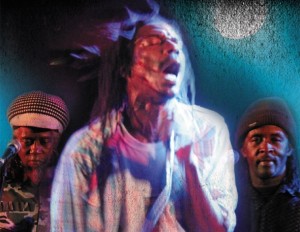 For over 20 years, Africa Oyé has been responsible for bringing the best artists from all over Africa, the Caribbean, and the Americas to play at the now legendary festival in Liverpool each summer.

To celebrate the most successful festival to date, the team ended the summer on a high, with the Africa Oyé Summer Cook Out bringing together the sounds and flavours of Jamaica in an all-night event at District in the Baltic Triangle, (formerly The Picket).

Roots legends Culture were the headline act, with support from The Rasites, a group featuring Jahmel Ellison on Lead Vocals and Bass Guitar, Kashta Menelik Tafari (Lead Vocals and Guitar), Cyrus Richards (Keyboards and Vocals) and Otis Cox (Drums). Since their debut album Urban Regeneration was released in 2001, The Rasites have stuck to writing and playing their own original material, taking inspiration from the music of seventies reggae icons. Their unique blend of social realism and spirituality has been inspiring UK audiences for years, and the evidence was clear on the night.

Warming up for Culture, the Rasites proved they could hold their own and treated the audience to a set of laid back, blissful music. With the weather becoming steadily stormier outside as the night wore on, we relied on the Rasites to bring the sunshine with their contemporary take on the classic reggae formula. A gripping bass line coupled with smooth vocals from Ellison and Tafari, the Rasites paid tribute to the greats, whilst asserting their place amongst them in the musical canon.

By 11pm we were hungry for the main attraction, and sure enough John Peel’s favourites Culture launched into their powerful set right on cue. Performing now for almost 40 years, the band are widely considered one of the most authentic traditional reggae acts in the world, and according to promoters One Fell Swoop, “they were the only band of any genre whose every recording received a five-star review” at the time of the first Rolling Stone Record Guide publication – surely no mean feat!

The original line up having gone their separate ways after a brief reformation in the late 80s-early 90s, Kenyatta Hill, son of founding member Joseph Hill led the legendary group at District, performing hits such as Two Sevens Clash and International Herb. Ever the prime musical language to warm the frostiest soul and get the trendiest wall-flower on the dance floor, the reaction to the group’s performance was electric.

Although many of us think of past legendary icons such as Bob Marley when we hear the word ‘reggae’ and see the genre as less prominent in the music industry today, it is clear that the people of Liverpool are huge fans of these Caribbean-infused baselines, and with new additions to the festival circuit such as One Love in the UK and Sunsplash at Benicàssim reggae is en route to take over our radio stations once more.

Look out for more Oyé Touring and Trading events coming soon at www.africaoye.com/tandt

Archiving The Arts Centre – The Bluecoat, by Kayleigh Davies

Andy Visits Rebecca Chesney’s ‘Still in Silence’ at The Bluecoat

Snow at the Bluecoat