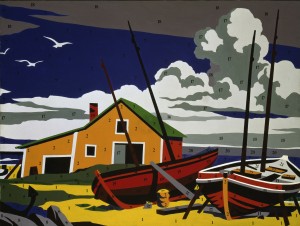 Transmitting Andy Warhol is the first major exhibition in the North of England dedicated to displaying Warhol’s expanded practice, and it makes up part of Tate Liverpool’s Autumn/Winter season; Making Things Public.

The exhibition features over 100 pieces of work and represents Tate’s exploration into Warhol’s “pivotal role in re-defining access to culture, employing various means – including television, film, fashion and magazines – to disseminate his art.” Warhol’s notion that “art should be for everyone” runs unfailingly throughout the exhibition, and is an aspect of his work that simply cannot be ignored. His continual use of multimedia, be it publishing, film or music, demonstrates Warhol’s aim to create art that is universally accessible, at his own unique and prolific speed. 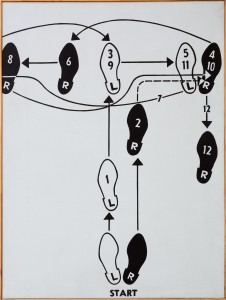 Exploding Plastic Inevitable is one of the first works the visitor encounters when entering the exhibition space; walking into the installation comprised of four white walls onto which Warhol’s films are being projected accompanied by a soundtrack courtesy of The Velvet Underground, the visitor is plunged into the immersive world of Andy Warhol and the perversely inclusive nature of his art. Exploding Plastic Inevitable, much like Dance Diagram 1 (Fox Trot: ‘The Double Twinkle-Man’), a series of dance steps presented to the viewer on the floor, begging them to join in, involves an element of inescapable audience participation. Your sensory involvement with the art and central position within it becomes unavoidable, and introduces Warhol’s interest in the relationship between onlooker and performer. This is an idea we see again in Do It Yourself Seascape; a piece which demands the spectator to become the artist by incorporating the idea of painting by numbers with an acrylic painting of a coastline, boats and a house. We again see this idea in Outer and Inner Space, a work that sees one of the most famous names associated with Warhol – Edie Sedgwick – being filmed talking directly into a camera in front of a pre-recorded video of herself, creating a sense of self-conscious performance, and again forcing the viewer to question the boundaries between spectator and performer, creator and product.

Another prevalent theme explored in the exhibition is Warhol’s deep interest in glamour and celebrity. The exhibition addresses this often-critiqued fascination by including works such as Marilyn Diptych and Double Elvis, both of which explore the inevitable fade and decline of celebrity with age, and in so doing, directly respond to the expression of similar fears so wrought on the face of Warhol himself in Self-Portrait. Critical to Warhol’s fascination with glamour and celebrity is his use of film to depict it; television and film, the platforms that allowed individuals to rise to stardom as actors and actresses and be viewed by the public masses is an entirely appropriate medium for Warhol to portray his fixation with the absorbing and fickle world of celebrity. 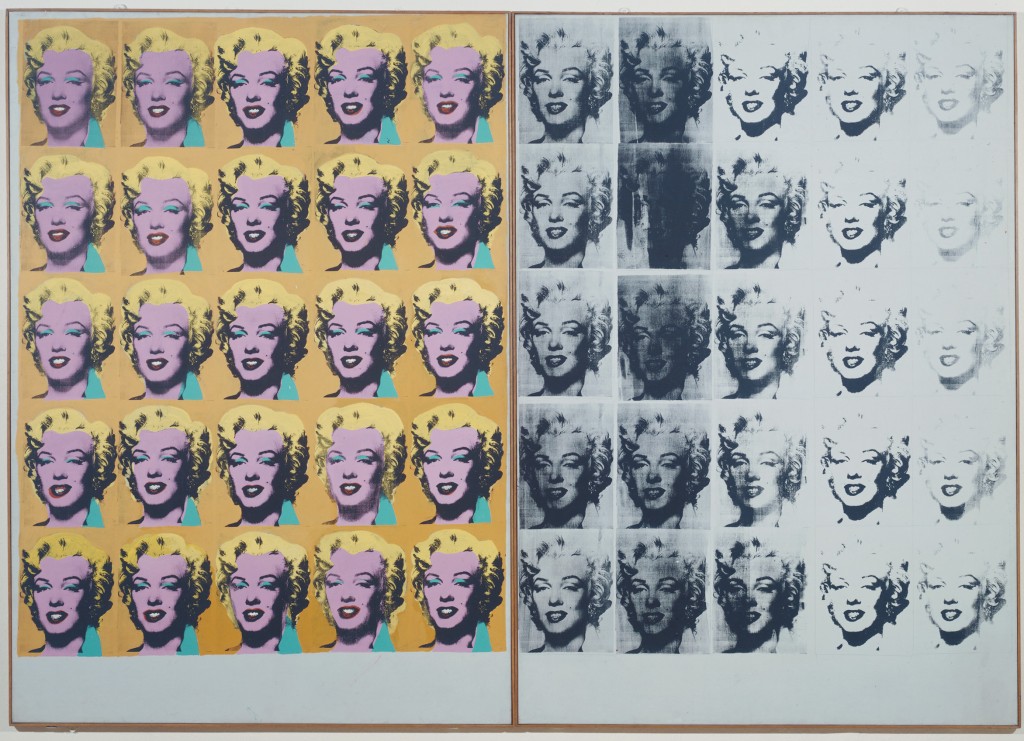 Warhol’s position as an artist is undeniably powerful. His legacy and works have influenced both high art and popular culture, contributing to the practice of a number of other artists such as Gillian Wearing who famously photographed herself dressed as Warhol, and Damien Hirst whose works provoked a sense of the production line and showed a focus on consumer culture much, like Warhol’s. It is therefore no surprise that Warhol’s work is so prominent in institutions such as Tate Liverpool 27 years after his death. In recent years, The Andy Warhol Museum and The Museum of Modern Art in New York have partnered to make hundreds of Warhol’s films available to the public, a large number of which, have never been seen before. That these works are to be digitally converted is crucial in understanding the strength and longevity of Warhol’s artistic prowess, since even now, the art world continues to labour towards making Warhol accessible to the masses. 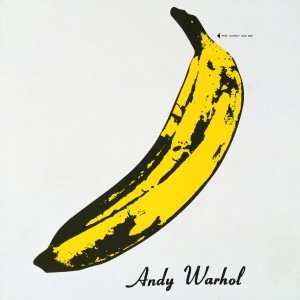 The collection of works displayed at Tate Liverpool is notably varied, presenting viewers with an exhibition that is undeniably intriguing and highly evocative. The works certainly do provide a sense of art “for everyone”, in large part because of their physical position in relation to that of the audience; Exploding Plastic Inevitable and Dance Diagram 1 (Fox Trot: ‘The Double Twinkle-Man’) seem to serve their proper artistic function (if, indeed art does serve a function) by forcing the viewer to become part of the art, whilst works like Do it Yourself Seascape force audience participation by begging the viewer to become the artist. Additionally, Warhol’s exploration into the fleeting and inevitably finite life of celebrity is cleverly displayed, often via film. This is an important use of multimedia, since this is so often the medium through which such glamour and fame is able to exist. In each instance Warhol explores concepts, relationships and personal fascinations through both style and form, looking to explore, question and challenge with the use of a mere few techniques.

What I found most interesting about the exhibition was that whether you like Warhol’s work or not, something about it is perversely captivating. Whether this is because of the bizarre sense of almost non-consensual participation apparent in much of his art, or the intimidating feeling that what you are looking at is nothing short of an artistic phenomenon, Warhol’s works have certainly extended beyond his iconically coined term if 15 minutes of fame and continue to hold a powerfully ubiquitous presence today.

Review: Blind Date: (it’s all) Tropical at The Royal Standard