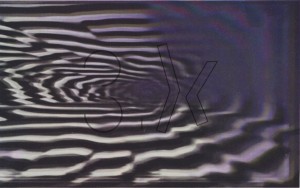 This was the final event of the Syndrome programme, which has been running over the past 12 months, and was held at Static gallery.

On arrival there was an area set aside for the audience to come and go to as they pleased, with a reflective showreel of the fifteen performance events that have made up the Syndrome series so far. It combined a mixture of behind-the-scenes footage, pre- and post- show interviews with the artists that have performed within the various events and words from the creators.

In the performance space, there was a simple and intimate set up of a screen and off to itʼs side, laptops and miscellaneous technological equipment ready for the evening’s wizardry.

The first to present was Ross Sutherland with his piece – PALINDROME (a version of which you can view here). He introduced the piece giving a little background on how and why he came to create this work. Alongside this, Sutherland also delivered a short slideshow to provide some insight into the utility of the palindrome beyond a mere mirror of phrase, number or letters, but also into the contexts it creates and the divisive possibilities it offers.

Beginning with an optical illusion, the ʻrabbit or duck?ʼ illustration, he highlighted some key underlying themes; that the two are different realities occupying he same space at the same time. My favourite remark, as Sutherland put it was ʻthe economyʼ of the illustration to achieve this dual reality.

Building from this, he next presented a poem; Doppelganger by James A. Lindon. After explaining the poems significance (itʼs structure is a palindrome), Sutherland recited the poem by way of demonstrating the subtle intricacies and possibilities offered by the sophisticated use of a palindromic structure. Drama and tension mount throughout the journey of the poem as the narrative runs first forward then backwards, word for word seamlessly, altering its context and tenses but all the while time is only ever moving forward. 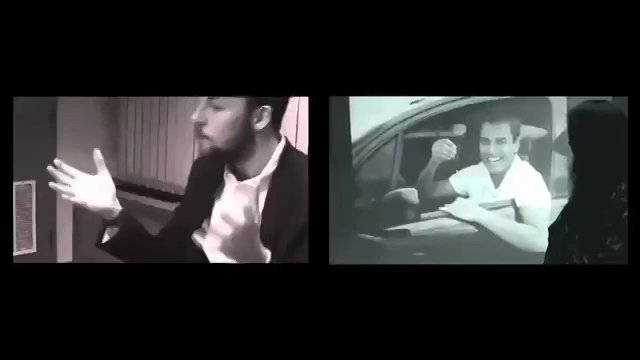 The scene thus set as to the origins and inspirations of the piece, the screening of Palindrome followed. Created within a week from meeting the actors, line learning, shooting and editing, the film represents the beginnings of a deeper look into the possibilities of this format by the artist.

The film itself was funny and entertaining to watch. The first half of the film was set in a relationship counsellors office, the second in a team training seminar of a sales company. There were only three actors, who at points changed characters and roles. Being aware of the underlying duality of the narrative and structure of the film really invested the audienceʼs attention in the palindromic devise at work rather than to get engrossed in the characters or their situations, which served to provide frames for the palindrome to play out. The film ran from the first to last line creating a mid point where the script ran backwards to generate a completely different a scene and context. The screening wrapped up with a speeded up edit of the film where you clearly saw the ebb and flow of the palindrome at work in a more visual and less cerebral way.

A really enjoyable performance exploring the vicissitudes of palindrome starting with an elegant and succinct one dimensional conundrum; the ʻrabbit/duck?ʼ illustration, expanding through the layers of Lindonʼs poem and then taking on yet further depth through the film. It succeeded to provoke thought and promote a fuller awareness of how we follow narrative, how tenses flow and how the meter and rhythm of words subtly influence the way we engage with and process visual or auditory information.

Briefly and loosely for context, Glitch is an art form that exploits the errors and weaknesses in software, digital or analogue, both audio and visual to create live music and/or visual art. Beginning the piece around a loop of the first opening seconds of the song ʻProfessional Grinʼ by Knalpot, Menkman remixed the audio live using various noise effects to manipulate the sound, creating an arena of sound as images spilled onto the screen bending and stretching, pixelating, resolving and breaking again.

It took me a little while to adjust. I found my mind trying in a very cerebral way to follow or find what was ʻgoing onʼ as an overload of visuals were displayed on the screen layer by layer. Cerebral just wasnʼt cutting it and as my mind hit a point of saturation, my brain just had to accept the information coming at me as a whole, and after a while, I realised that it was more about what happened to you as you were being immersed in all the stimuli that lead you to the devil hidden in the detail. 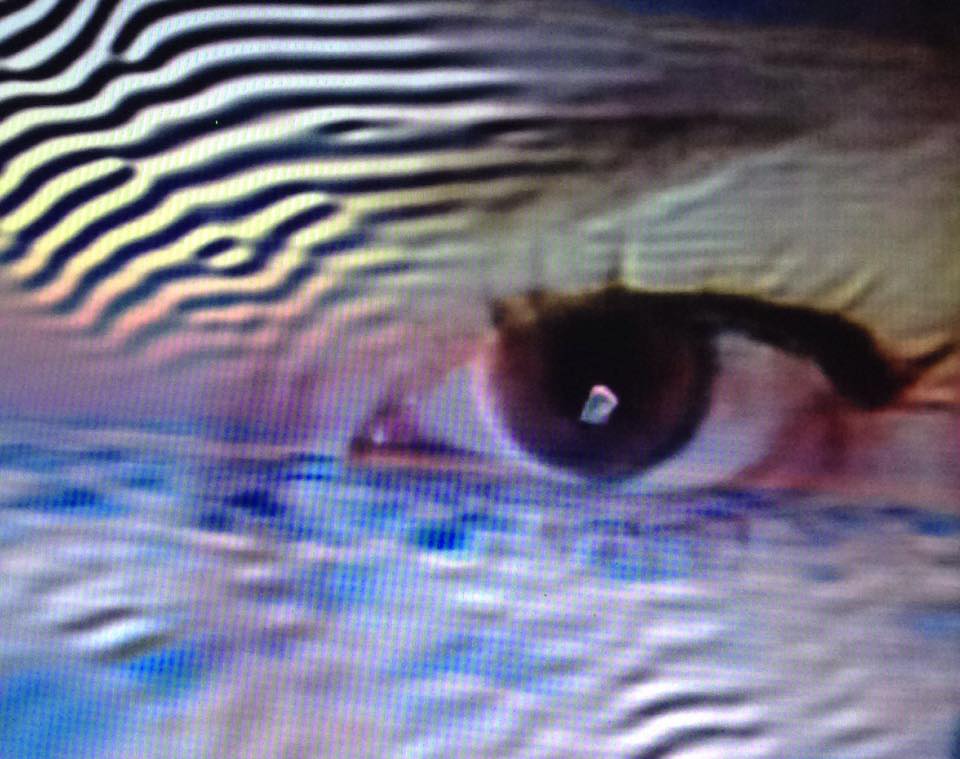 Patterns started to emerge. Words and sentences had been appearing and looping – not in any form of narrative but more in a stream of consciousness sort of way. I realised that my brain was connecting the pieces and reading the words whole when in fact a letter was displaced here and there, and it took me a while to register the pattern and the error in both what I was looking at and in what my brain was telling me I was seeing. All of a sudden, I became the observer of my own process, aware of my brain’s effort to ʻmake it make senseʼ.

From the little I understand (or think I know!) of pattern recognition, I believe the eyes see as a whole, gathering visual information, and the brain collates this information to try and make the closest sense in relationship to the context in which it is set. Not to get too esoteric but this made me question, in the absence of a context; does this process become a suspended one leaving the mind arguably is in a state of glitch itself? At the very least it makes you aware of and therefore an observer to your own processes.

This awareness became a rather subconscious state and with the initial mental effort released, the performance took on a lucid dream-like quality with the visual textures accompanied by an intense and undulating soundscape as the intensity swelled and the environment hummed with energy. Menkan skilfully drew the sound to the height of a crescendo before breaking and tapering gently, leaving a feeling of decompression.

This was a real flourish to end the Syndrome programme on. The two performances took you through an exploration of how we encounter and process meaning from what we hear and see, however that is presented to you, and the way we ʻmake things meanʼ.

Elsewhere, Mercy have already moved forward with their next project, Torque, as we wait in anticipation for an announcement of a final commission with Hive due in April of this year. Stay tuned for more!