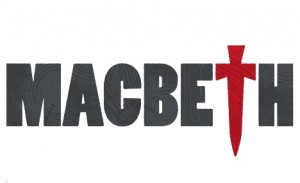 The summer has sadly come to an end, and with it the bumper season of excellent theatre at Grosvenor Park.

Following the fantastic performance of The Comedy of Errors a couple of weeks ago, I decided to test the waters of tragedy, and booked a pair of tickets for Shakespeare’s Macbeth. Used to enjoying light hearted comedies in this outdoor setting, I was anxious to find out whether this company could pull off a drama – I needn’t have worried.

Opening with the epic battle between Macbeth’s army and the allied forces of Norway and Ireland, the tone was set for the evening: brutal, bloodthirsty and brilliant! The guerrilla soldiers lugged it out and the death toll rose within minutes of the show’s beginning, all the while revealing the story’s setting during a time of great upheaval for the Scottish Kingdom. Chester Performs’ version of the play was set in an unnamed era, yet the costumes were reminiscent of WW1 uniform; a reference to this year’s centenary commemorations perhaps?

Having defeated the enemy, masked in thug-like balaclavas, Macbeth (Mark Healy) and his right hand man Banquo (Richard Pryal, doing a great job of such a serious role following his hilarious endeavours in The Comedy of Errors) are set upon by three “weird sisters”, who prophecise that Macbeth, Thane of Glamis, is soon to be “Thane of Cawdor,” and then “be King hereafter.” When Banquo asks of his own fortunes, the witches inform him that he will father a line of kings, though he himself will not be one. Fatal words indeed, as these predictions soon come to haunt and control Macbeth as he embarks on a killing spree to claim what he now sees as his destiny.

The three witches, played by Nichole and Danielle Bird, and Max Gallagher were presented with innovative flair. Having seen Macbeth on stage and in various film versions before, it was refreshing to see the portrayal of the witches not as cloaked old hags in a cliff-side, but as blood-soaked phantoms of the battlefield, appearing throughout the performance leering and grimacing at the other characters on stage, visible only to Macbeth.

Named Thane of Cawdor by King Duncan of Scotland (Peter F Gardiner), Macbeth returns to his wife, elated and full of ambition, lusting after the crown. Lady Macbeth, played by Hannah Barrie, who absolutely stole the show with her portrayal of Macbeth’s tortured, guilt-ridden accomplice, plots with her husband to murder the king upon hearing he is to visit their home, finally forcing her husband to commit the act she now so deeply desires.

The next morning, Macduff, (Thomas Richardson) discovers Duncan’s body and Macbeth is named king. Following the flight of Duncan’s heirs to England and Ireland, the new king is not content in his position for long, and remembering the witches’ prophecy, now consumed with fear of losing the crown, orders his friend Banquo to be killed next.

Known as one of Shakespeare’s darkest plays, the story then follows Macbeth and his Lady as they are consumed by guilt, and completely undone. Plagued by the ghosts of the men and women he’s killed to take the throne, Macbeth is driven mad by his deeds. In a scene where the new king invites his men to join him for a celebratory feast, Banquo’s ghost appears at the head of the table, flanked by the ghoulish witches, terrifying Macbeth. This scene was staged wonderfully, with a zombie-like Banquo crawling clumsily towards his murderer across a gigantic trestle table, arms raised and threatening towards the cowering monarch, as chairs and goblets were thrust across the floor.

Another example of an ingenious use of props occurred as a sink and a old fashioned tin bath were put to mesmerising effect. In earlier scenes, these were used as washing stations for the bloody soldiers and tired travellers, and following the emotionally charged feast, both taps were turned on full blast, threatening to drown out the conversation on stage. The dual jets competed with the actor’s voices, building suspense as Macbeth awaited news of an oncoming army, until a blood curling scream filled the air. The taps both stopped running instantly, as Lady Macbeth was pronounced dead: the water of life finally running out.

Now without wife or friend, Macbeth laments his transgressions as he prepares for the final battle against Duncan’s true heir. Ahead of the final fight, appearing from the platform at the back of the stage, Macbeth is lit from the front to create a huge black shadow baring down upon the battlefield ahead. The use of lighting was simple yet inspired, and the very timing of the performance, which was cloaked into blackness as the sun set over the closing scenes was ethereal. In this darkened setting, the actors swarmed the stage, running from every entrance into the fifth act with huge wooden crosses which they hurled into the earth to signify the graves of every fallen man in the ultimate battle for the throne. This decision really brought the battle to life, as the crucifixes meant the scale of casualties multiplied before the audience’s very eyes, making the final killing of Macbeth more poignant, as he fell amidst broken wooden props whilst the rightful heir took to the throne.

Another incredible adaptation, realised by the talented cast and crew. Unfortunately it seems, theatre this good is just a fleeting summer treat, so until next year, lets hope that Liverpool’s autumnal offering can exceed the expectations set by this expert summer programme.

Grosvenor Park Open Air Theatre will be back in summer 2015. Look out for updates at www.grosvenorparkopenairtheatre.co.uk.