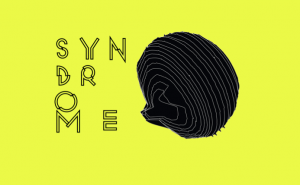 Venturing into a venue you’re not familiar with can be daunting at the best of times. Imagine stepping not only into a different building, but a whole new ‘state’, where your photograph is taken, your name checked and your personal details logged and recorded as you are patted down by a squadron of intimidating gothic officers, each trying to throw you off guard and ensure that by the time you reach the bar, you’re feeling truly lost: enter Syn-dro.me.

Syn-dro.me Sessions 2.0: State-Free State of a.P.A.t.T featured spatialised sound, visceral visuals and a strong element of interactivity. Not normally one for audience engagement, the promise of “personal and emotional discomfort” had filled me slightly with dread… but the worst was thankfully over. Having passed the initial induction into the space itself, we were greeted by a wall of nightmarish sound, courtesy of a.P.A.t.T, whose two new commissions framed the performances of the evening, each reflecting on a central theme of control in relation to political and emotional agency.

The feeling of dystopia continued with a performance by Rachel Sweeney, whose unique brand of contemporary movement draws strongly from the Japanese dance theatre form of ‘butoh’. Glitch artist Antonio Roberts provided a synth soundscape with psychedelic visuals to accompany her movements, which blurred the lines between recording and live performance as Sweeney mirrored her ‘self’ in the lo-fi film projected onto the screen behind her.

Between each act, guests could mingle in the beer garden, or inside the space, invited back to the performance area in time for the next chapter by one of the uniformed troops who had earlier processed each individual upon arrival. The interior of 24 lends itself incredibly well to this immersive brand of performance art, with the audience invited to sit, stand or lean on and around the ‘stage’, creating an intimate and unified atmosphere.

Next, a surreal performance from a.P.A.t.T. which featured a fantastic violin duet against a backdrop of dry ice and shadows of mysterious nameless figures stretching and reaching out from behind a thin screen. This understated, multidisciplinary performance was my favourite of the night in its simplicity; by creeping up on the audience with a barely noticeable melody at first, I was gripped and full of anticipation by the time the violins kicked in and the grand finale of sound and stimulating visuals ensued.

We then experienced Double V- Cut, ‘a radically dystopian vision of speech and movement exploring the dark materiality of control and dominance, powerlessness and neglect’. As a lone performer read aloud a politically-charged text, a score of dancers enacted brutal, inelegant choreographies against a film of geometric landscapes in stark monochrome. The reader’s voice, coupled with the steadily-building music and increasingly panicked lighting came together in a final act which saw the narrator join the dancers and shake fitfully as he finished his speech, for a second under the strobe lights reminding me of the movements of captivating frontman Ian Curtis.

In the final performance, interactivity from the audience thankfully asked only for us to wave a sea of a.P.A.t.T. flags in response to the arrival of the micro-society’s benevolent dictator. Unfortunately though, the sound levels for this last performance were not quite right and the masked dictator’s speech was lost amongst a cacophony of drums and fanfare.

Speaking to friends and arts aficionados at the bar afterwards, it seems that Syn-dro.me has already come a long way since its first instalment back in April. Syn-dro.me sessions 1.0 and 1.2 were ‘good’, but the second semester in this series is already rapidly attracting more attention, as each event becomes more ambitious, more engaging and ultimately more fun. And why not? An evening of performance and visual art, accompanied by an original electronic score punctuated by live musicians sounds like great fun, and 2.0 really was! Hive and Mercy have identified a gap in the market for a night celebrating artists and original music outside of the gallery environment. Just as you would ordinarily go to an underground gig or private view, why not turn that experience into something to be enjoyed on a Friday night at a bar? For me, contemporary art needs to be more accessible to be appreciated and understood, and by breaking down the walls of the gallery space and introducing live art into a more relaxed, comfortable and familiar setting, Syn-dro.me is achieving this one event at a time.