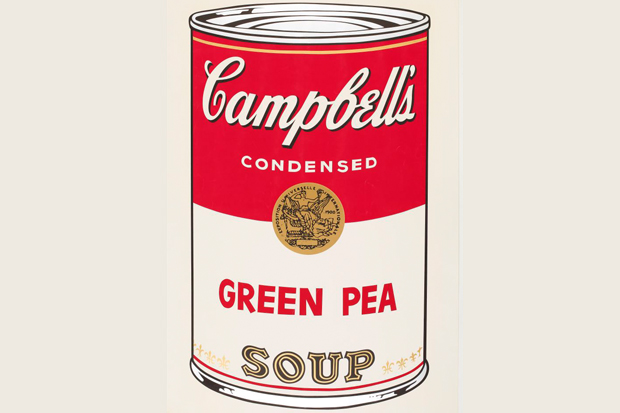 From Warhol to Walker: American Prints from Pop Art until Today

The Atkinson, until 10th March

It was perhaps inevitable that Andy Warhol would make screenprints. Printing is an art form which offers myriad possibilities for representation whilst being easily mass produced, as much a product as an artwork. This exhibition, brought to The Atkinson in partnership with the British Museum, explores how artists have used screenprint in their oeuvres. To try and tell the story of a medium in nine prints is quite an ambitious intention.

To achieve it, the emphasis is kept very much on the form and technique. We find screenprint being used for a whole variety of styles, from soup-cans to finger painting. It’s interesting how this perspective overrides any sense of chronology: any of these prints could have been made at any time. What they share is a sense of being about modern concerns, from artistic minimalism to urban consumerism. Screenprint particularly lends itself to a certain directness, which is what these artists of urban worlds use it to project.

But through it all, it still shines through that each artist very much makes the medium their own. Just because something can be mass-produced doesn’t mean it can’t also be personal. Perhaps because of the simplicity the medium suits, there’s something about each of these which you feel reflects each artist’s wider concerns. In some ways the titular Warhol can is in fact the odd one one, feeling at once representative of its series and yet lost without being surrounded by the copies which would heighten its impact. A work such as Kara Walker’s Snared, in contrast, stands on its own as a powerful reflection of concerns with race and the suffocating impacts of racism.

The American prints run around the room’s exterior walls, with a central stand given to British screenprints from The Atkinson’s own collection. It’s not clear from these examples that the contrast the notes try to build of these prints as a response to or critique of Americanisation stands up. In fact the British section seems to reflect a wider breadth of styles and subject matter, from Patrick Caulfield’s minimalism to Paula Rego’s fairy-tale fantasy. But it’s an excellent idea to conclude with a series of Rachel Whiteread prints of found object casts. Poignant in their own right and very much in trademark Whiteread style, they nevertheless bring us back to Warhol’s use of screenprint to cast an eye on consumer culture. This symptom of the modern world is, after all, a perfect subject matter for such an easily commodified medium. In a few images, From Warhol to Walker gives us a glimpse into the potential purposes and intentions of a medium and the artists who use it.

Edgelands: Emilie Taylor at the Williamson