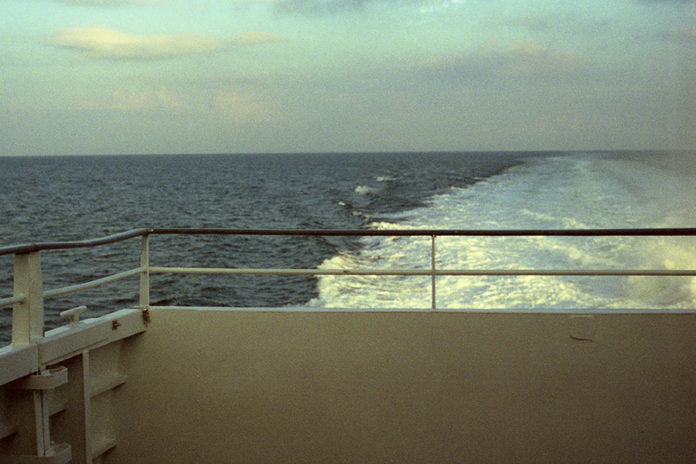 Photographer, Tom Wood seems to be on-trend currently having had a plethora of exhibitions over this past year. His exhibition at the Williamson Art Gallery, (alongside photographer colleague and friend Cian Quayle) depicts another string to his creative bow. This current body of work comes from the years he spent photographing Cammell Laird Shipyard in the 1990s. While Cian Quayle’s photographic work follows the tracks of the New Brighton-born Malcolm Lowry, most notable for his Under the Volcano fame.

A departure from Wood’s overt street photography style, this current exhibition is a bit more of a closed-shop, so to speak. Throughout much of Wood’s work, there is a subtle thread of humour and a tinge of sadness. No more so than in this showing. Commissioned by the  Documentary Photography Archive DPA, (to capture a definitive phase in the social and political history of the region) his aim was to portray the working lives of Birkenhead shipbuilders at a time when they were fighting to save the yard from closure.

I wonder if Wood knew back then just how much of a social history document his work would become. Alongside showing the men at work, his images also show just how much working practices have changed in terms of technology. We see black and whiteboards with chalk-written calculations and not a computer in sight. In the background, we also see working spaces plastered with buxom ‘page three’ models in many levels of undress. The then ubiquitous Samantha Fox is widely included. The gallery’s strategically placed post-it note over a part of genitalia is amusing (of course, remember the gallery is council-run and not NML).  One also wonders if the commissioners welcomed the inclusion of such behind the scenes grittiness. However, to leave it out would have been whitewashing. To leave it in has captured the entirety of an era now considered a sexist anachronism. An anachronism that could have so easily been lost from history. It’s healthy to have a reminder. Droll scouse humour is very much prevalent throughout. For instance, a notice in one of the workroom images says: “The man who does favours is on holiday this week. The man who lends tools went with him.” Likewise, a response, to what must have been a very frequent question is posted on a wall: “I don’t know where Sammy is – try the shop.” 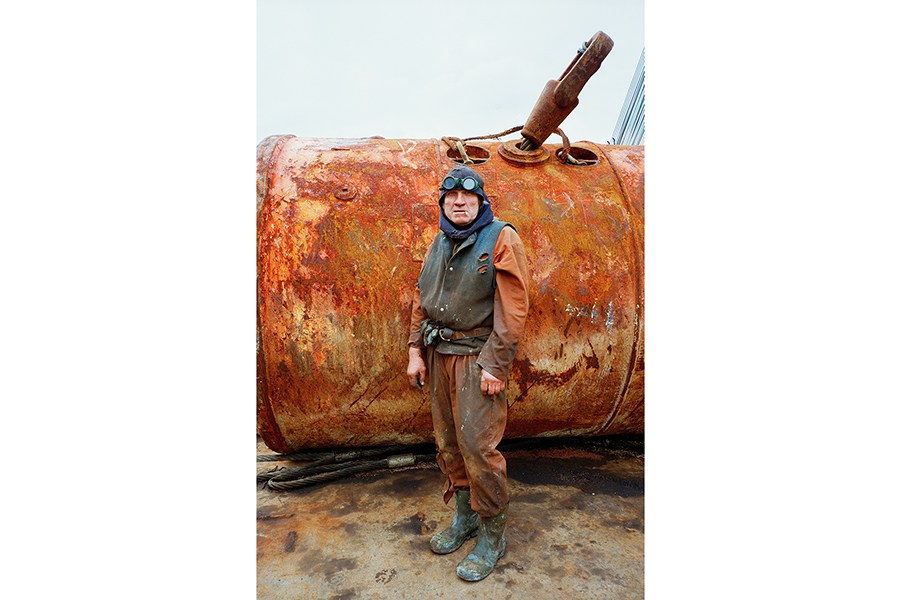 The Cammell Laird Shipyard had its ups and downs over its 160 years. But it was a sad loss when the boatyard (which had been the mainstay of the town employing 40,000 men at its peak) closed its doors with the loss of 900 jobs. The jokes and the jibes all pointed to Cammell Laird being a boys-club workplace. Still, it was a place where the men enjoyed the craic and it’s good to keep sight of such social history.

In the next room with Detours and Dislocations, fellow-photographer Cian Quayle (who has edited andco-designed the a book with Tom Wood of his DPA work) has a showing of his own work on the back of tracking the footsteps of Malcolm Lowry. Lowry was born in 1909, to relatively well-off parents. They moved in 1912 to Caldy.  Prior to going to Cambridge to study, Lowry persuaded his father to allow him to travel to the Far East as a deckhand so he could experience the world. In 1927, he set sail from Liverpool on the freighter S.S. Pyrrhus. Lowry had no romantic illusions of Liverpool, and called it that: “Terrible city whose main street is the ocean”. The fact he never returned presumably means he was keen to stay away. Slightly more abstract, multi-media-based and experimental in his depiction of Lowry’s life, Quayle portrays Lowry’s Liverpool, Isle of Man and Vancouver connections as a thoughtful exploration.

It’s timely that this exhibition partners the launch of RRS Sir David Attenborough. Lowry called his full body of work, The Voyage That Never Ends. Let’s hope this sentiment continues to ring true for our local shipbuilding industry.