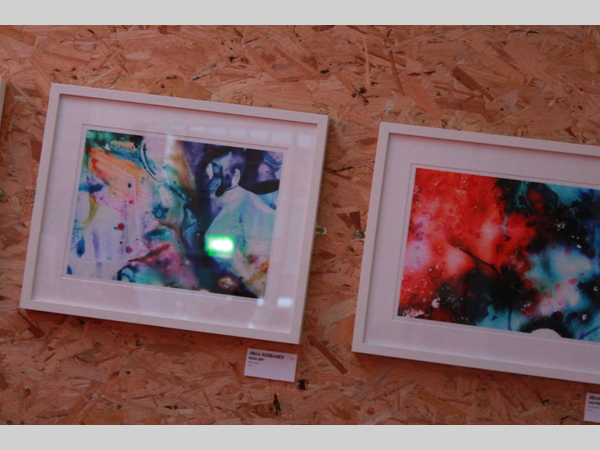 ‘The rebirth of the lens’ is probably a fair blurb to assign to Constellations’ current exhibition, running as part of Alchemy Visual Arts festival this weekend. There’s a savoury peep show, a photographic montage of appetite whetting stationary, and a stage projection to re-light the energy of anyone starting to wither.

This is part of Threshold Festival, a pick’n’mix of art forms designed to drag you into the art world through any medium possible. If you’re usually a bit wary of galleries, Constellations is probably the place to start. Not because it’s a starter kit for beginner level gallery-goers, but because it puts serious work in front of different audiences. You’ll not be expected to stop, hand on chin, and pensively stare at a canvas here. You’re expected to buy a drink and chat away, occasionally looking up at the walls and appreciating that whatever might be there improves the quality of the space.

Even if it doesn’t, it’s better than the gig posters and Sharpie-graffiti that adorns most walls on Slater Street. The work here, for Threshold, has a focus on image making, and image viewing, with a subtle but clever response to the theme of alchemy, change and transformation that every artist involved in the 2016 festival has had to accommodate.

The first thing you’re greeted by is a suggestive tent, which seems to have a bag sticking out of it. Your first instinct is to go in and see what’s going on, but there’s the trepidation of interrupting something. Until curiosity gets the better of you. What’s really behind the curtain is a lens into another world, or at least another view of this one.

I’ve got a bit of a thing for stationary, and you might not share that affinity, but regardless, the composition and clean lines of Ted Oonk’s Sorting Things Out in this exhibition is so painstakingly constructed that you can’t help but enjoy looking. What got me hooked on this though, was the hint at a process, or series of processes when you realise you’re not just looking at shapes, you’re looking at envelopes, note paper, labels, etc. It plays with the visuals of digital production but throws them back through analogue techniques. The scale of the work makes it near impossible to miss, but also creates the illusion that it’s there as an addition to the architecture.

And the way we see architecture, fixtures, or fittings in our daily life is picked up on again in The UFO Lab’s stage projection, which fits so perfectly in the room that it may as well have its name on the mail. My main regret here is not getting there a little earlier to see it with a crowd, but as there’s still two evenings to go with this festival, you don’t have to make the same mistake I made. There’s gigs throughout the weekend so there’s plenty of opportunity to see this projection work, along with the rest of the show, at its best.

With artists including Ruth Dillon and Mina Bihi, to name a small few, this exhibition has some expert eyes when it comes to interpreting ‘the lens’, and it makes for an inquisitive mini-adventure in the middle of a gallery that doubles as a bar and music venue. Threshold continues until Sunday 3rd of April, so it’s a short window of opportunity to see some wonderful things. Get on your bike and get to the Baltic. 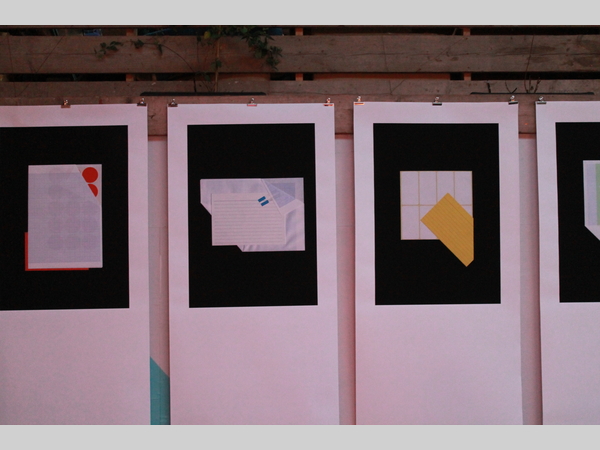 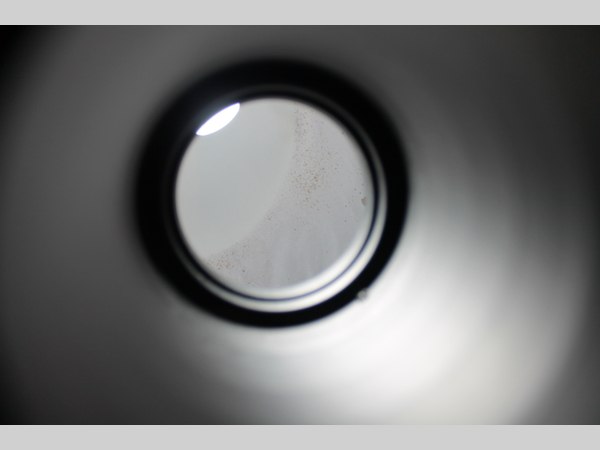 Review: All That Glitters at Bluecoat Display Centre