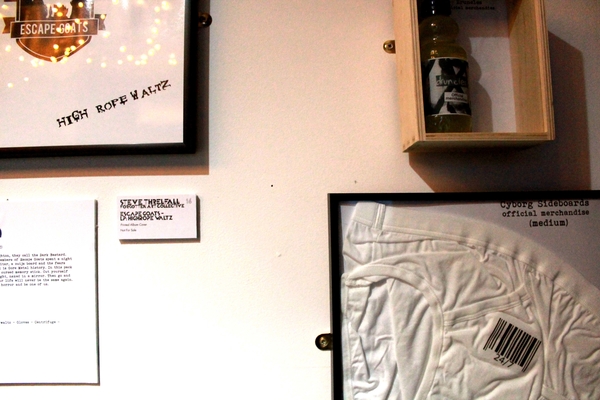 Well this was funny, and if you get to read this article in time, go and make a contribution to the decision. It might not be the most important decision facing communities right now, with Brexit on the terrifying horizon and Donald Trump on the doorstep of raising hell on earth. But if you’d prefer to vote for something a little more light hearted, and a little closer to home, three artists have come together with their extensive, and slightly unusual, portfolios of cover art. The vote is simple: choose your favourite. The band with the most votes is due to reform on Sunday.

It could be a disaster, it could be a huge success, or it could all be a joke. But the only way to know is to go and vote before Sunday, when the winning band will be performing at Baltic Social for a come-back gig of epic proportions. Or small ones. But that’s the point, it’s not meant to matter. Art is allowed to be funny, and design is meant to support that.

The three artists behind this are the brilliant Steve Threlfall, Tristan Brady-Jacobs and Keith Webber, working together as Forgotten Art Collective, with a little help from Tony Reilly (aka. Ian Danger). A collective they have formed to celebrate and play with their work, but also to enlighten and enliven your day. There are some brilliantly entertaining band histories adorning the back walls of Baltic Social, and equally entertaining album covers – with some doubt as to their authenticity…

By now, you’re probably wondering what I’m on about, and in all honesty, I’m not absolutely sure. There’s a certain level of satire to it all, and I’m pretty sure it’s all a joke. What I am sure of though, is that it captivated me, and everyone else in the room, to read about the Escape Goats. A band who suggest you “cut yourself then play the track, naked in a mirror. Then go and sacrifice a small mammal.” Apparently, if I did, my life would never be the same again, and I’m fairly sure I believe them.

The Barefoot Barbies, a Grind Core band who met in comprehensive school in the Midlands, who dream of “poisoning Thatchers new money men”; Catspanker; Fish Tird Surprise; Fitsister; or, my personal favorite, Electric Sex Blankets, who grew out of “the Tunbridge Wells folk vacuum of 2012. Recognising our very human British need for VANILLA FOLK.”

Whichever band gets chosen, even if you’ve not voted, it’s worth going for the simple intrigue of it all. The performance is due to take place at Constellations at 10pm on Sunday (3rd), but it might be worth noting that listing comes with an additional “fingers crossed”. The wonder of it all is killing me, but you’ve got a chance to get involved. So head down to Parliament Street and cast your vote, or Greenland Street to see the results. 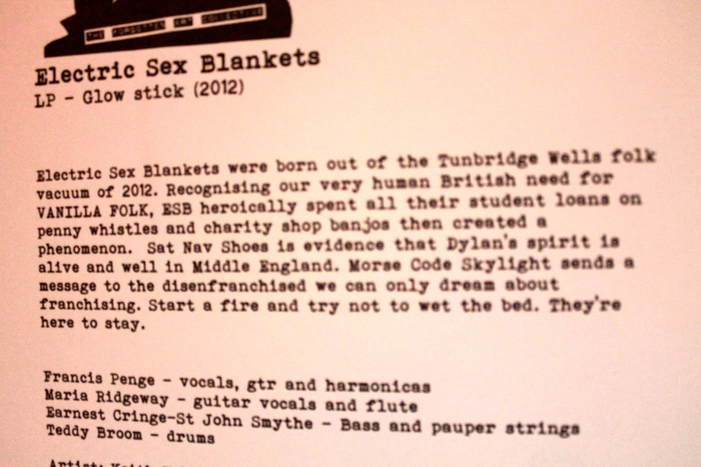