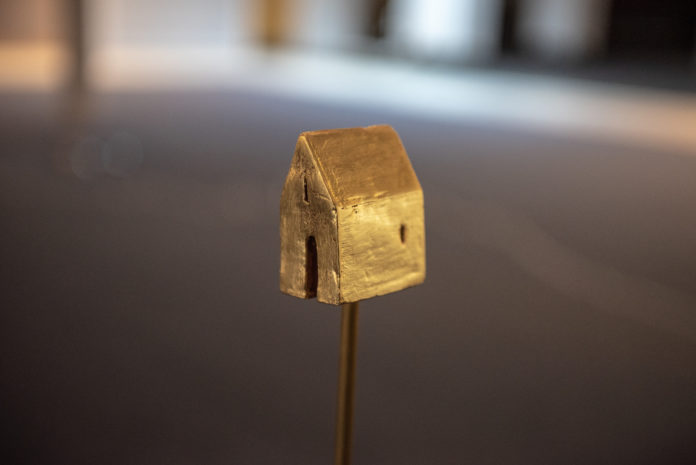 Test! The programme of trial and error taking chances for Independents Biennial

There’s an important layer to the visual arts that rarely gets seen. It’s the part that would most likely advance thinking beyond art as an output and remind people there is a process, and a career that befalls the end product.

Independents Biennial 2018 set out to show the creative process in its true form, and introduce audiences to art as it exists in the minds of artists; a path from idea to result. One group of artists took this incredibly to heart in a programme of trial and error that is still going on, and which has brought the festival’s audiences into its development.

Launched by Angelo Madonna’s Jugglers, the space has been home to kinetic, sonic, and interactive, performative, works by members of Material Matters. Titled TEST!, part of the 2nd floor of George Henry Lees has become a residency and production space for artists to try new things, and better understand how audiences interact with their ideas.
Jugglers, two cups spinning relentlessly on a delicate pair of plinths, was test number 1. On its first day, before the work was finished, audiences sat and listened to the hypnotic pulse of the cups. Their reaction set the tone for the following performance, Persephone – another test.

Sylvia Battista responded directly to Madonna’s work with a new performance designed to interact with the work, and weave around its audience. Her performance, lasting almost three hours in total, mirrored the hypnotic, repetitive voice of the sculpture and culminated in a story telling that took her own reaction to the work very literally. Focussed on the myth of Persephone, and her abduction by Greek god Hedes, it summed up, in its opposition to my own take on the work, the power of the space. If a work is being introduced to an audience in a way which openly admits it is not yet finished, the reactions are all equally valid.

For me, it was a pulsing upwards propulsion; quite joyous. For Sylvia Battista, something quite the opposite, a pulse of the underworld. For one visitor the sound was reminiscent of an antenatal scan, potentially the reason one young listener fell asleep twice.

Jugglers has left now, replaced by John Elcock’s ‘La Grive!’, one of the most relaxing works I’ve ever encountered. The predominant element of the exhibition is a looped field recording of a song thrush taken by the artist on the Isle of Iona, but it’s its spirituality which sets the pace for the viewer. A slow work whose melody transports its listeners to another place outside the busy city outside.

102m of the gallery are given over to a scale map of Iona, and it’s only noted landmark in the work, its chapel. Iona’s chapel is a place of pilgrimage, and a place of reflection away from everything else.

Writing from the gallery, reflecting on the work, the bird song is completely transformative. I’ve spent quite a lot of time with this work now, so when I go home I inevitably compare the bird song I hear to that in the work. The blackbirds stand out, but it’s the fact they stand out that upsets me. They have to stand out from the noise, the faint traffic, or the passing train, the drone of karaoke from the pub down the road, even if their own space with no conurbations to speak of. But La Grive is a recording of something incredibly pure, a bird in song, in its own space without the noise of human intervention.

This test is an almost realised work of art, using its residence to prove itself, and succeeding. It will soon be joined by Josie Jenkins, another part of Material Matters responding to Elcock’s work before the end of Independents Biennial 2018.