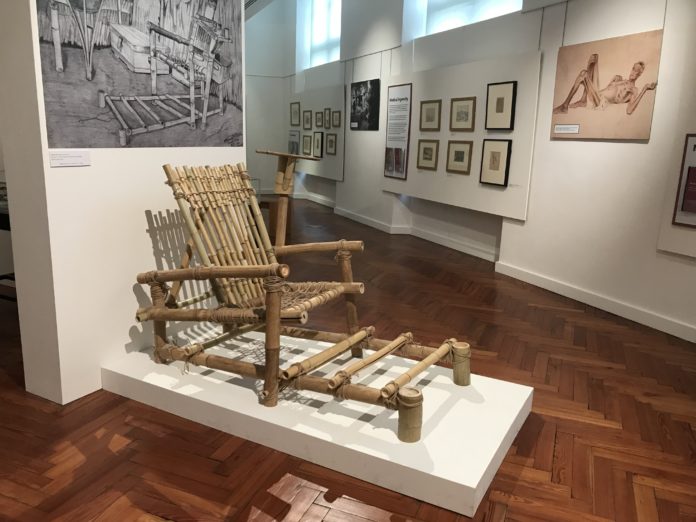 Taiwan, Thailand, Singapore; the aromatic Far East: today, the student traveller’s dream destination. Regular, inexpensive flights leave you on the softly lapping cusp of the Pacific. The water is so clear that its only colour comes from the tropical fish within. The sand is warm, almost white, and runs over your flip-flops. The languorous sun hangs in the sky, always, and a tan glows on your arms.

But, where teens now stretch their wings – where they now spend their gap year, with equal measures hedonism and sun cream – was once the setting of the mosquito-riddled plight of the Far East prisoner of war.

The darkest hour for the Far East POW was spent beneath the sun, amid these tropical vistas and glimmering waters which served as both an inspiration and a prison. Their captivity was marked by extreme ruthlessness from their Japanese captors. Starvation, disease, and death were commonplace. In what sparse free time the prisoners had, they would paint, draw, write, and do anything to retain a morsel of morale.

Their artefacts, gathered on the clean walls of the Victoria Gallery & Museum, tell little of the powerlessness and despair behind them. Some of the pictures have an airy, postcard-like quality to them; easy greens and blue settle the eyes of a Indonesian lake in Flight Lieutenant Dickie Philp’s Camp at Haroekoe: a beautiful watercolour which, if you overlooked the barbed wire fence in the foreground, could get away with being a timeless landscape study. 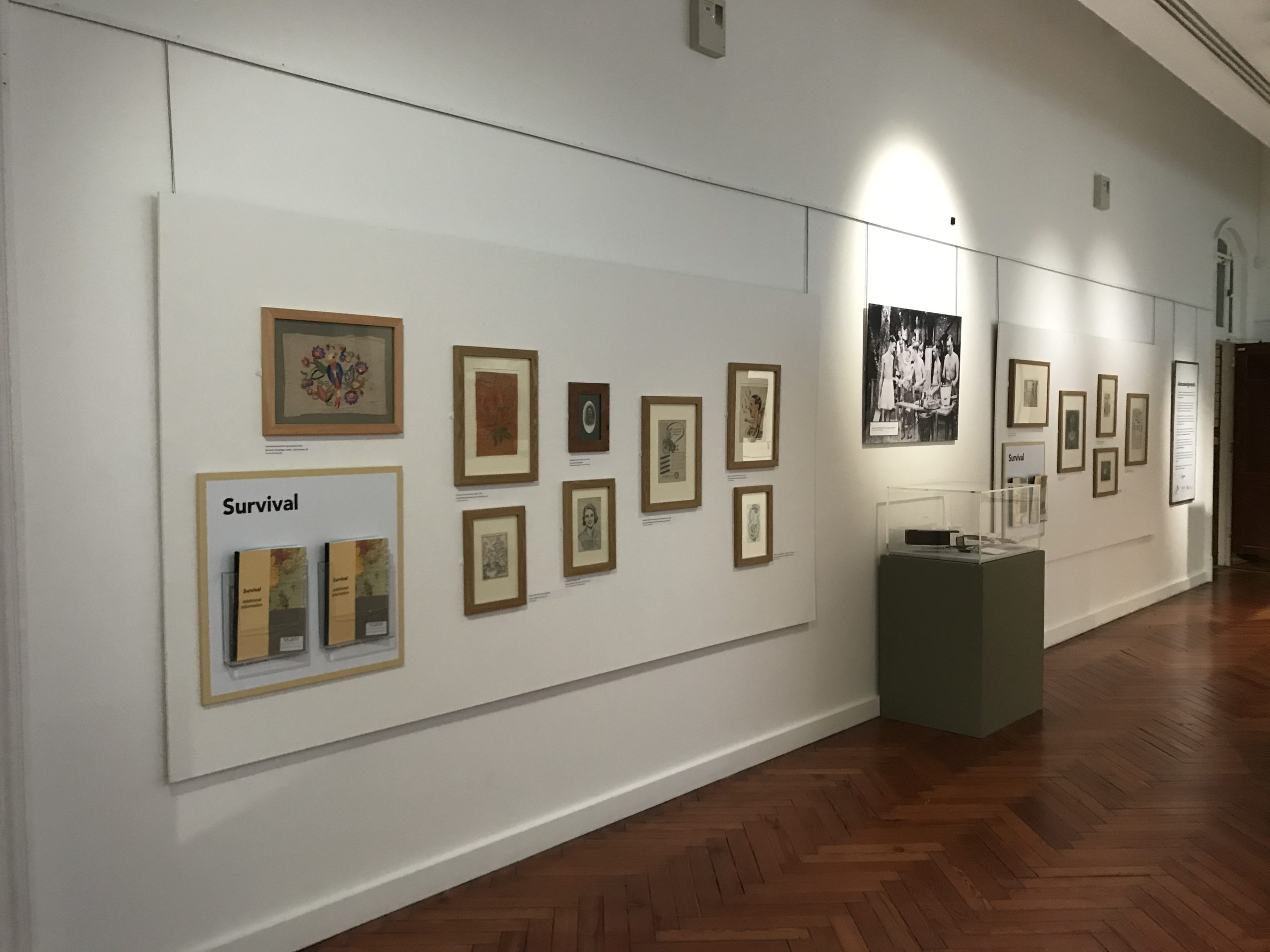 What is revealed only occasionally is the plight of the Far East POW. They were starved, vital Red Cross parcels were withheld, over ten-thousand of them never returned home. Being discovered with writing or art was punishable by death or extreme torture. The condition of the men is shown in Captain Thomas Wilson’s From My Bed; a man’s ribs mirror the struts of the roof, his knees are as angular as the corner of the table he sits over, cooking a tiny number of peanuts. The colours are harrowing but somehow he maintains a certain dignity. This dignity is ever-present throughout the exhibition, due respect is paid to the men’s Keep Calm and Carry On attitude.

Perhaps this is why in spite of the adversity the scope of the collected work is so extensive and how the subject is so varied. An afflicting account of workcamp life, Private Basil Elvin Ferron’s Beside the Cookhouse, sits beside Captain Reginald Newman’s hand drawn plans for the caravan of his dreams: one which was only built for George Clarke’s ‘Amazing Spaces’. Parodic signage, such as Bombardier Basil Perry Akhurst’s cartoon, which warns of venereal disease, shares the room with delicate, sensitive watercolours of tropical birds, like those by Captain Robert Stevenson Hardie.

The ability of the captives to produce such an extensive and detailed body of work under threat of death, hiding them in makeshift bamboo tubes, and within the confines of a brutal labour schedules is an achievement only outshone by their ability to keep faith.

Perhaps it was because they found this mode of expression, against the wishes of their cruel captors, that they made it through… alongside an ocean of comradery and good humour 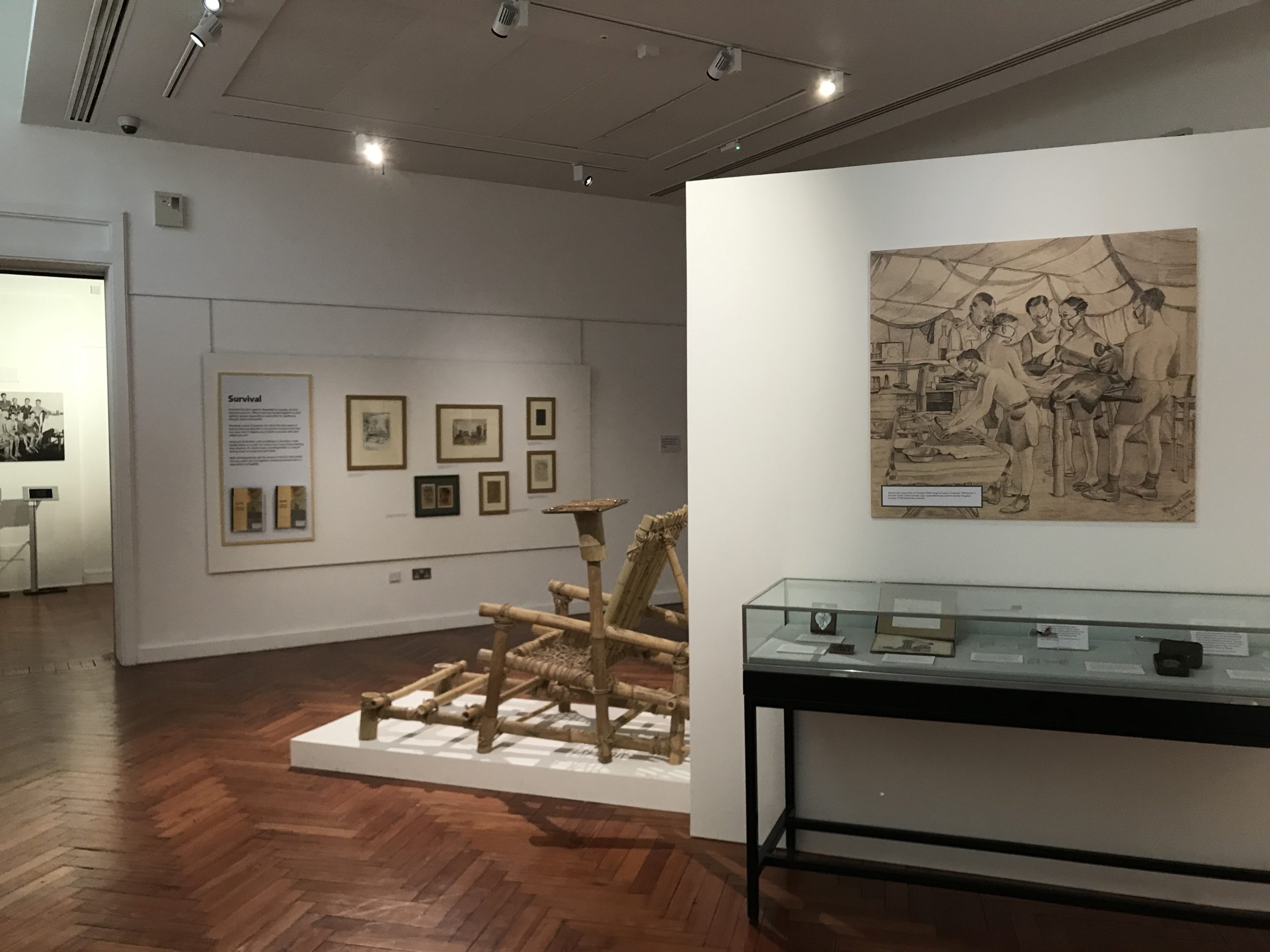 The beauty of nature is plain in the exhibition, but the art is most poignant when human life, existing despite the odds being against it, is visible. The exhibition’s most powerful piece: two adjacent portraits of Charlie Procter by Gunner Ashley George Old, each done a year apart, show the effects of internment. Proctor’s eyes, so telling of his inner state, remain sincere and silently hopeful, while his face maddens with frustration.

The exhibition celebrates the efforts of these men under their captivity. It applauds their artistic skill as much as it does their strength and ingenuity, which let them flex a little freedom, even with such a weight upon their backs. We never lose sight of the Far East POW, the cold voice of history, always summarising chronologically, cannot be heard within the walls of the Victoria Gallery and Museum. Instead, a compassionate tone takes its place, and leaves us with a profound and human message.

Secret Art of Survival: Creativity and Ingenuity of Far East Prisoners of War, 1942-1945 is at the Victoria Gallery & Museum until 20th June 2020.