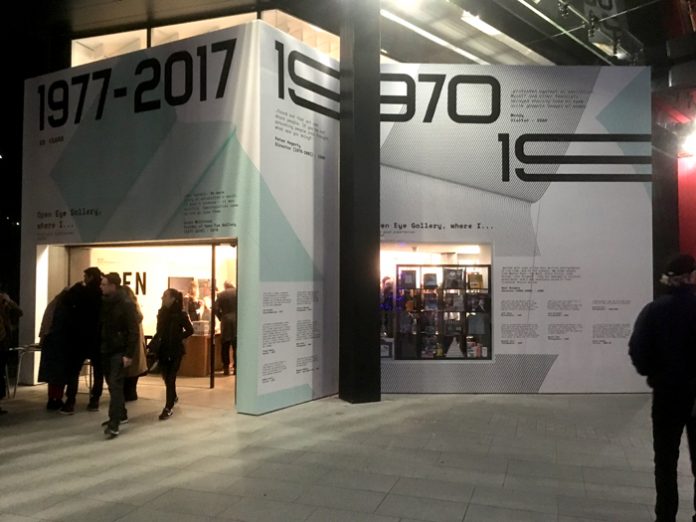 With an exhibition celebrating 40 years of identity fashion in the North of England, it was difficult not to get swept up in the excitement. NORTH: Identity, Photography, Fashion, curated by Lou Stoppard and Adam Murray, hoped to touch on something fashion exhibitions rarely do; us. And I’m fairly sure it worked (I’m not 100% though, as the launch was so jammed with excited supporters I could barely see half of what was on show).

The exhibition launch was perhaps diluted by the overwhelming appreciation of what the gallery has achieved on a global scale. From struggling to get taken seriously as a gallery focussing on photography, to leading the British and international art scenes in an exhibition medium that has become one of the most popular art forms on every continent.

Fitting then that the exhibition is just as selfless, promoting a new kind of fashion show. One that explores cultures through fashion history, not lauds Fashion Gods in retrospective exhibitions of ‘pants that changed the world’. Lou Stoppard and Adam Murray worked with Open Eye Gallery over nearly two years to deliver this historic exhibition.

The launch was combined with the gallery’s 40th Birthday, so in a way, this exhibition can be seen as its biography… in a detached and outward looking way. It tells the story of what was happening around the gallery, influenced by it, observed by the team, contributed to their exhibitions and made an impact on their decisions one way or another. A fact not lost on some of the speakers at the launch.

Opening the speeches was, director, Sarah Fisher who made the point several times that the fact she was standing here on the 40th anniversary was largely down to luck on her part, mostly made possible by the dedication of previous directors. Directors who have built galleries in parts of Liverpool that seemed to be impossible spaces to incubate any kind of creativity. But out of those unlikely opportunities, they made things work, growing from Whitechapel, to Bold Street, to Wood Street, and finally to Mann Island, where it is very much the main attraction.

Regardless of those locations, the history they have created for themselves has developed a reputation worthy of some of the biggest names in international art. NORTH: Identity, Photography, Fashion is proof of that, with Mark Leckey, Jeremy Deller, Nick Knight, adidas, Greg Leach, Tom Wood and John Skelton amongst a huge list of names contributing to the exhibition.

Like most things Open Eye has presented since starting their new life on Mann Island, this is an exhibition that doesn’t try to blow your mind, it just proves something you should probably already know; fashion is part of life; art is part of fashion; life is part of art; and if you expect to remember any of it without photography, you’re going to forget it all.

That has been their strength over the last 40 years. They set out to lay a path for photography in main stream galleries, something that should have already been happening. Once that was accomplished, they kept making things clear that should already have been clear. It’s exceptional to see, and I feel privileged to have them on my doorstep. See this exhibition, and think of it as a biography. It’s a really big deal.