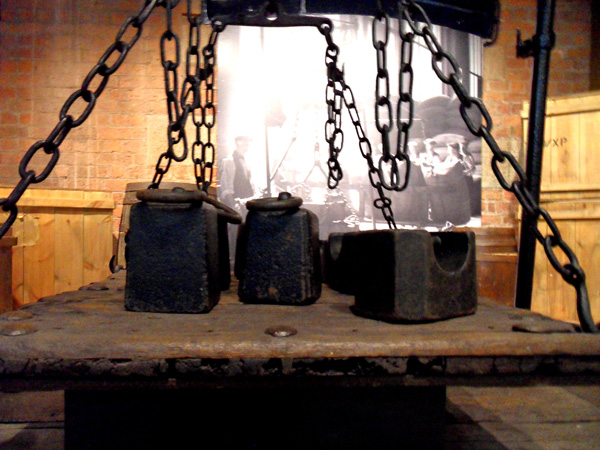 The Albert Docks have housed some of the most influential people, buildings and institutions since their conception in 1710, and this exhibition reminds us of that brilliant past, which is all too often forgotten in place of the retail and leisure centre that barely even realised how important it was about to become.

There are a few absolute gems in this exhibition, with a little of something for everyone. It spans an entire lifetime of the docklands of Liverpool, from the plans drawn up in 1710, through the defiant introduction of the Cunard building, to the current efforts to preserve the industrial role of the Liverpool’s docks into the future. In a museum that walks us through so many focused exhibitions it is refreshing to be given an introduction to the docks that housed that history beforehand; a docks who have survived two world wars and continue turn to heads.

One of the highlights of this exhibition is a scale model of the docks’ foundations, reminding us that these resilient giants have not just held back war, but held back the tides, preserving Liverpool’s waterfront with a defiance to a river that most modern architects would fear to tackle. We are led through stories of dock workers, and of the companies they worked for, but of all of this, none serve to remind us better than the Royal Liver Building’s Roll of Honour to its staff who served in the war. A long and exhaustive list, showing that the spirit of these docks rubbed off on its workers; a sentiment backed up by interviews with William Jameson – a Dock worker’s son with living memories of the functional pre-war docks.

The Cunard and Royal Liverpool Buildings dominate one corner of this exhibition, as they well should. The Cunard Building, more than most, throughout World War One, being built throughout World War One. And The Liver Building serving as a reminder of Britain’s power throughout the war. The most beautiful little piece of this exhibition though, is a Christmas card sent from The Cunard, which is worth going to see just for its charm.

What stood out to me wasn’t this war time history, it wasn’t the structure, or the beauty. All of that I already know. I was fascinated, more than anything else, by the development of ‘The Dock Village’; the retail and leisure complex opened in 1981, which we of course now just know as The Docks. In 1710, they knew they were creating history with an intention to become the most important shipping port in the world. In 1911, they opened the tallest building in the UK with the Royal Liver Building. In 1981 though, there wasn’t even an inkling of that, they were just preserving history already made. How wrong they were.

We know now how influential Tate Liverpool has been, and no one can doubt the change Granada TV brought to us from the docks – even the iconic films of the weathermen on the floating map. So when an article displayed in the exhibitions calls it ‘art gallery’, it is safe to say they didn’t understand the full impact they were about to have on this city.

This exhibition is a defining history of a defiant dock, and well worth a look for its own sake, as well as its rightful place as an introduction to the Merseyside Maritime Museum.

On The Waterfront
1 of 3