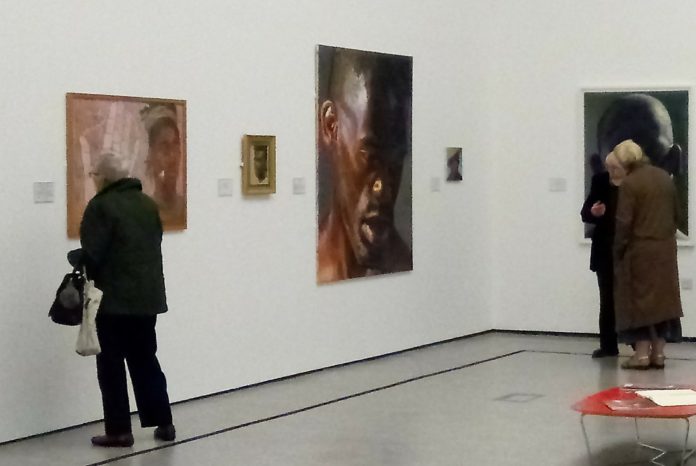 It was something of a lilliputian experience walking into this exhibition – the viewers made to seem tiny against the giant heads on the walls.  The portraits are said to be some of the largest painted directly from life, up to 15 times life-size, and required a long-term commitment from the artist, Nahem Shoa, and the sitters.

Up close, the six canvases are encrusted with impasto, the paint at least an inch thick in places, so that the image disappears in the crevasses.  The viewer needs to stand a long way back to get the full impact of the paintings, to see beyond the denseness of the paint application to the tenderness contained in the portrayals of the artist’s friends.  Nahem explains how none of it would have been possible without them: “Without all these friends sitting for me for free, who believed in me and my art, I would have been unable to follow my artistic dream”. 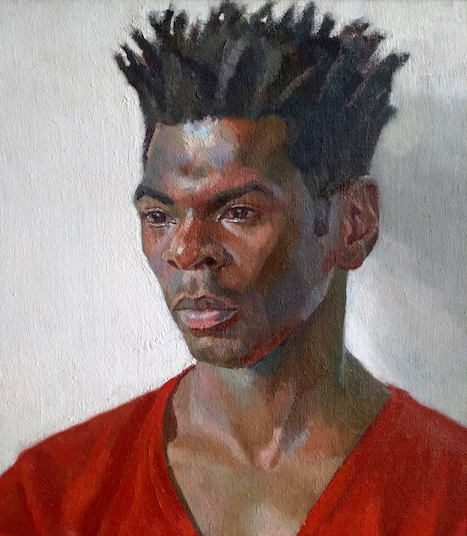 Nahem has been painting black and multi-cultural British people for around 30 years.  He has had a long-term commitment to increasing the number and positive type of images of black people in British art collections, donating many of his own works.  Most galleries and museums in the UK have very few paintings of black people and those that are held often have an historical context of slavery or servitude.  The Atkinson is no exception, as Stephen Whittle, the Gallery’s Principal Manager explains: “Some of the paintings in the exhibition are from our collection and the contrast with Nahem’s work is immediately obvious.  Historic images, including those from The Atkinson’s collection, tend to be negative and based on a limited number of stereotypes”.

In inviting Nahem to curate this exhibition The Atkinson is addressing this imbalance.  Its timing is also important, coinciding as it does with October’s National Black History Month.  Nahem has brought together paintings from the 18th century to the present day, showing how the portrayal of black sitters is evolving.  These works are on a more human scale than the giants, with the painters ranging from the Victorian master, Sir Joshua Reynolds, to the contemporary artist, Sonia Boyce.  The works include nudes, group scenes and full-length portraits. 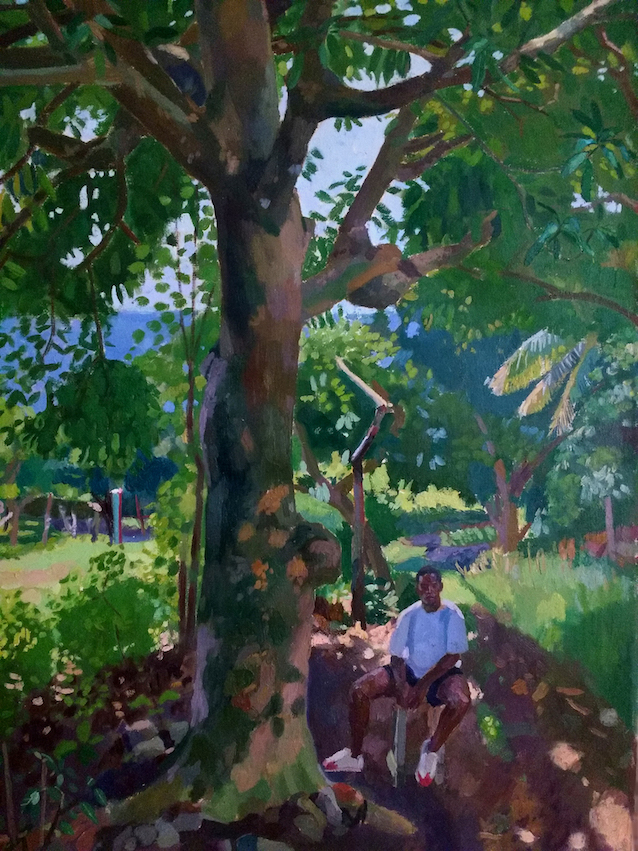 Nahem’s early painting of his friend, the artist Desmond Haughton, is one of the first in this exhibition and hangs beside the haunting “Portrait of an African, probably Ignatius Sancho” attributed to the 18th century Scottish painter Allan Ramsay.  Nearly 300 years separate these two small paintings and it is extraordinarily affecting to see them here together.  They hold one’s attention in a way that is more contemplative than the giant heads.  On another wall Haughton figures again, this time with his “Self Portrait 2004”, which evokes the harsh life of the cotton picker and how they were depicted, with its composition of intense blue sky, humble hat and distant gaze.

With some of the historic paintings it is the titles that reveal the now unacceptable mores of their time, such as “The Half Caste” by the Southport artist, Theobald Butler Gould who died in 1919.  It is one of the most arresting portraits in this exhibition, so much so, that one longs to know what was this young man’s story and what happened to him.  This is the power of true portraiture, that the essence of a person is contained within the painting and lives on through the centuries.

In his mid-teens Nahem began a mentorship with the artist, Robert Lenkiewicz, who was a family friend and tutored Nahem for nearly a decade.  Lenkiewicz was a highly accomplished portraitist, with a passion for fighting social injustices.  He is best known for his paintings of the homeless, which he continued to make until his death in 2002.  His daughter, Alice, is also an artist and has lived in Merseyside for many years.  By chance we met at the Atkinson exhibition. It was fascinating to view Nahem’s paintings with her and to see which of his works she sensed had echoes of her father’s influence.

This exhibition achieves that difficult balancing act of highlighting an important issue, while at the same time offering the viewer an opportunity to see some great art – paintings that would otherwise probably not be seen together.

Nahem Shoa: Black Presence, The Atkinson, Southport, runs until Saturday 23 November 2019, Mon– Sat, 10am – 4pm and entry is free.  An illustrated catalogue of the exhibition is available to purchase and there is a video, which can be seen here https://www.youtube.com/watch?v=RNixnh7piCg

Review: RE – Reanimate, Repair, Meld and Mend at Bluecoat Display...