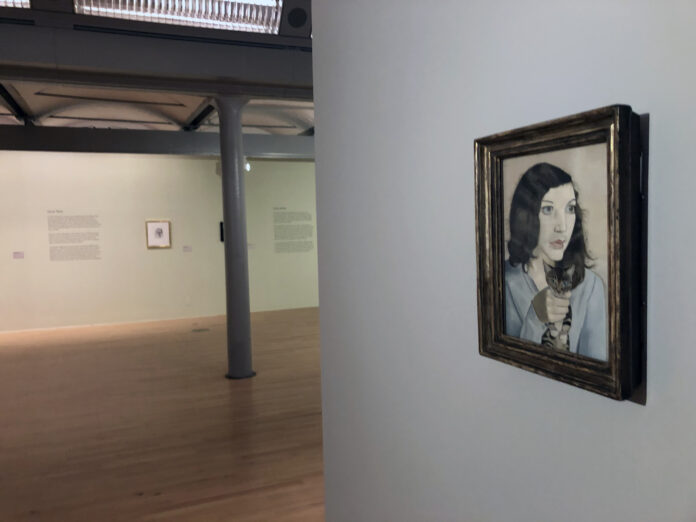 Lucian Freud and Louise Bourgeois are two artists you can’t easily pair together. The adjoining exhibitions at Tate Liverpool confirm that. As always at Tate, exhibitions come in groups, paired by coincidence more than theme, and in this case the contrast between the two headline artists is inescapable.

Louise Bourgeois’ Artist Room couldn’t feel further detached from the Lucian Freud exhibition, in theme, tone or presence. Both are brilliant exhibitions, but there is a bizarre disparity between them, emphasised by their parallel rooms, and parallel dates.

Freud is the main attraction, being one of the most famous artists of the last century, but the unfiltered personal history shared alongside the images leaves a bitter taste of abuses of power, misogyny, and general unpleasantness. It’s a revealing insight into not just Freud, but the art world he inhabited until recently.

Bourgeois existed as an artist through parallel years, exhibiting in similar galleries throughout a career which had a fairly similar trajectory to Freud. Both born in the early 1900’s, both died in the early 2010s. Both born important surreal modernists, skewing figurative works, underpinned by clearly evidenced observational skills. Yet Bourgeois’ story is quiet, subdued, self-doubting, and self-reflective, as a significant voice towards modern understandings of mental health. While Freud enjoyed the spotlight and sweated confidence out of every pore, increasingly believing in his opinion as his career unfolded.

Stories of sitters’ discomfort and unease seem to eat into his work, which captures them at their most vulnerable in almost all of his portrait. Those sitters are scrutinised, and given rules, while for Bourgeois, her most regular sitter is a friend and respected colleague.

If these exhibitions are just seen as reflections on the lives of the artists, they are a fascinating history, but I’m dumbing it down too much by pitching these shows as biography. With each, but mostly Freud, they are a true exploration of the work, styles and shifts in focus through his years. I’ve had a limited view of Freud until now, expecting rooms full of expressive portraiture, so the delicate illustrations and still lives are a new side to the artist.

The pairing is an assault on the senses, and both exhibitions are guaranteed to inspire further exploration in their audiences.