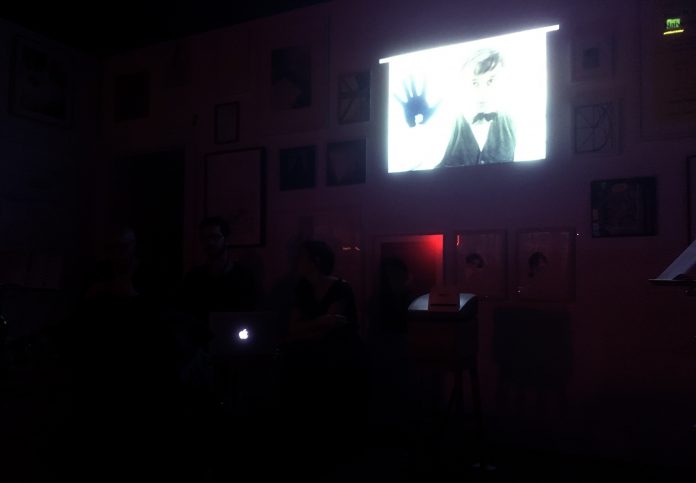 The first of a new series of discursive talks, titled Keywords for Dummies, posed a very large question: What is Intellectual Property? And, why should the creative industries care?

Well, simply put, because realisation isn’t a right, it’s something you work towards; something you earn. Whether that realisation is in the fulfilment of a narrative, the creation of the steam engine, or – largely in this case – Yves Klein Blue, the thinker deserves the credit.

So, in a night where most of Liverpool was celebrating local questions from the Arts Council Collection’s northern artists, I decided to try out some global questions. Bluecoat & Walker both had exhibition launches built from the ACC, which have been incredibly well received (more to come soon). But The Serving Library, nestled in an ex-shop-unit at the bottom of the India Buildings, set Tate Liverpool’s Exhibitions & Displays Curator, Darren Pih, and, Italian writer & translator, Vincenzo Latronico the task of unpicking Intellectual Property.

The launch of Tate Liverpool’s monumental Yves Klein exhibition last week set the perfect board for discussion, and the myth busting that followed had us locked in. There was no going back for an audience who had just learned that Yves Klein Blue had no copyright; then to find out Yves Klein never owned any of that copyright himself; then the revelation that it was the use of his name that posed the biggest barrier – which is today just standard practice. Basically, if you left feeling like you’d learned nothing, you weren’t listing.

Vincenzo Latronico’s talk was maybe more of a history lesson than a revelation, but within forward thinking ideas on binary code, and how numbers surpass copyright.

His practice as a translator means that he is regularly the only person to poses a copy of manuscript in the target language. And since no spoken language directly translates, that means he is the first real owner of the copyright on that manuscript. It doesn’t mean he owns the intellectual property though, as it wasn’t his idea.

That’s idealist though, it’s not based on real-world scenarios, where different countries hold different laws, and have varying regulations on ownership of ideas. Realistically, the copy of the book he is translating currently, was written by a man dead for years. A man whose ideas exist with no true owner.

So is the person to first hand out these ideas in English the new owner? Who knows.

If you’re expecting a revelation to come out of this article you’re not going to get one, as I don’t understand intellectual property any more than I did on Thursday morning. I do though, have a clearer idea of certain aspects of it, and an intrigue to play more carefully to the rules in the future.

It was an interesting twist on what I had expected, something The Serving Library seems to be doing rather well at. I was expecting something geared more towards the current issue of Bulletins of The Serving Library, but what I heard was a talk perfectly in tune with the questions needing to be asked locally.

Maybe it’s more than a fortunate coincidence that The Serving Library have located themselves in a city that keeps asking huge questions.

Keywords for Dummies, Intellectual Property at the Serving Library
1 of 3

Review: Julie Arkell, In the Window