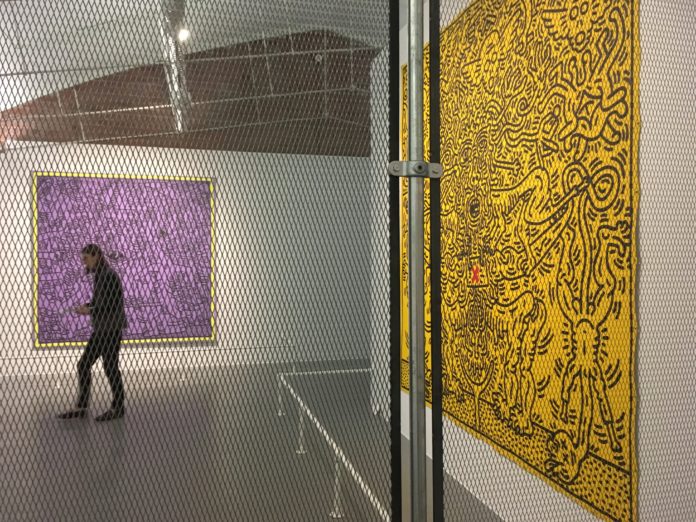 Keith Haring hasn’t ever had a solo show in the UK. Yet for some reason I feel a closeness to Haring that has been built on familiarity through books, TV and the World Wide Web.
Having had the privilege of seeing his work in person, that scale which I’m so familiar with was blown to pieces. His work is far larger, far more demanding of its viewers’ attention, and infinitely more revealing about a snapshot of human life I have not, until now, truly understood.

Infinitely and intimately different to what I expected. An outstanding exhibition of unexpected scale and ideas from an artist who was, up until now, a straightforward visual icon.

The spaces seem designed to specifically encourage lounging in front of the work. I should probably apologise in advance to any curators who may find my shoe prints on the seats, but this was an exhibition that engaged an instinct to take ownership of a space; that same sense of ownership that has feet on seats of trains and busses. I was half an impulse away from blasting Spotify from my phone. It can’t be understated how well the curators, Darren Pih & Tamar Hemmes, have done in bringing Haring to life with this show.

The Keith Haring Foundation, which has helped bring this exhibition to life, is run by Julia Gruen, Haring’s former studio manager. The passion she feels for Keith is crystal clear, and there is an obvious generosity in the archive handed over to Tate Liverpool for the show.

The archive includes everything from works cut directly from the walls of New York’s underground, to the fingerprints the police took from the artist for making them.

And it is this which provides the other inescapable notion from this exhibition, which presents Keith Haring as an indispensable friend. The films, the lightness of touch, and the confidence in his own decisions aren’t timid. He comes across as a brave and unencumbered man who made mistakes and embraced them. There’s a joy to his work, and to his films, and to his self in documentary film that lets you into a piece of his life 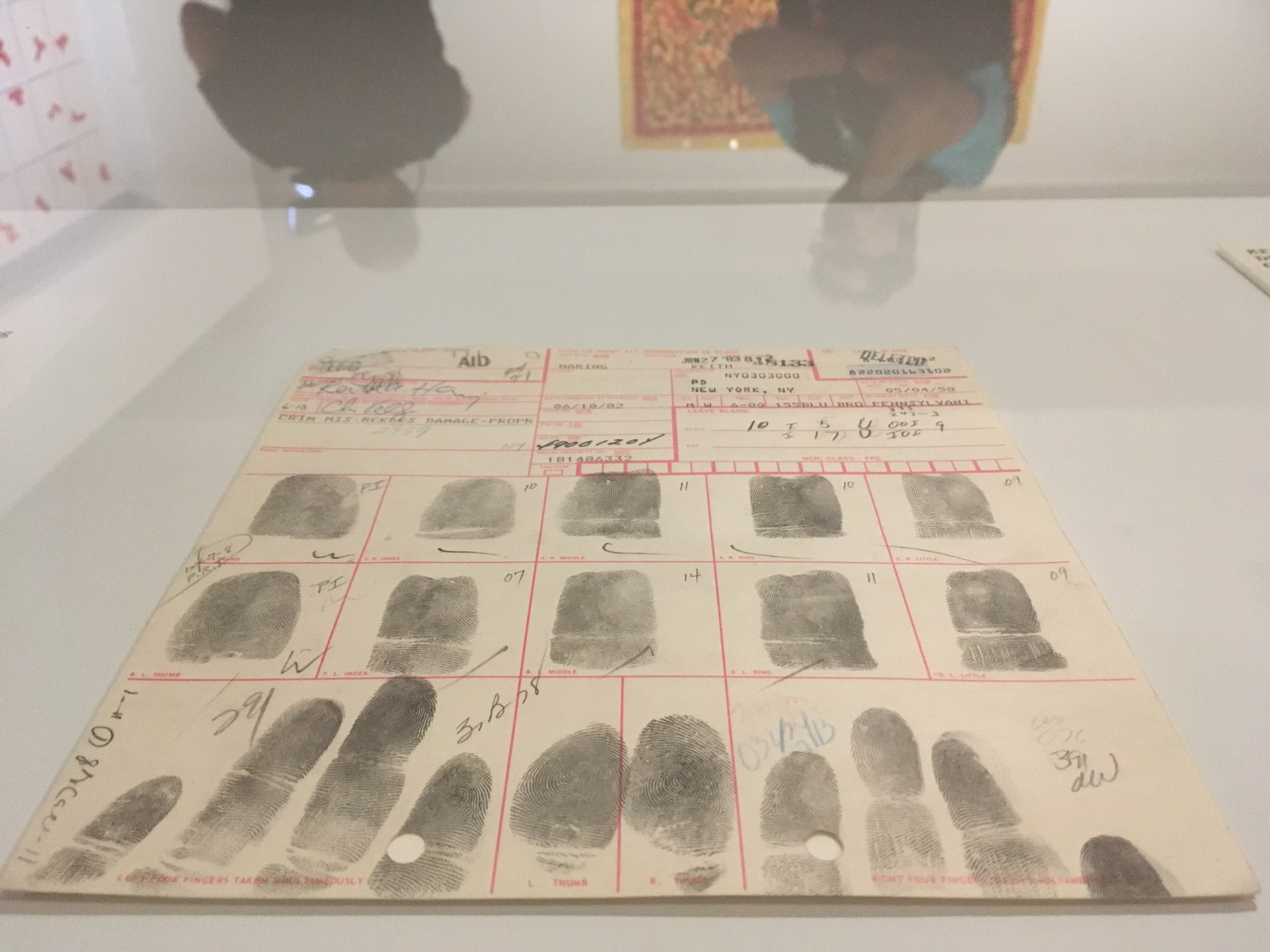 If you were hoping for the pop art greyness of Andy Warhol presented as a neatly catalogued list, this isn’t that. While Warhol was one of Haring’s most famous contemporaries, and someone he became close to during his upsettingly short life, their work is incomparable. The 2014 Warhol exhibition at Tate Liverpool didn’t have the excitement of Haring. If you think you know Warhol, you probably do. Haring’s work is multi-dimensional, but beautifully accessible.

The campaign in the run up to the exhibition, and the promo around the city centre, and pasted in gallery windows is based on the Haring we know; straight forward; comic; daring, but simple. The exhibition is the opposite. It’s a simple twist on expectation vs a much greater reality.

The result will likely be the foundation of many new creative ideas, and many new creative people. Sometimes it takes an artist we’re comfortable with to make us listen, and this time, that artist uses our attention to teach us a whole new way of working; a way of constructing and envisioning powerful messages.

I’ve fallen for Keith Haring, and now I want to know more.