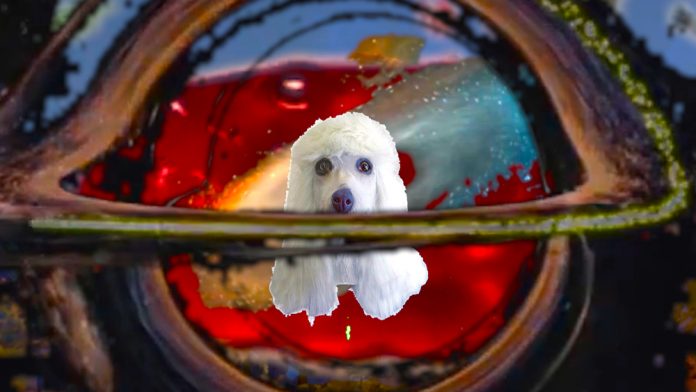 On the 18th October the 2016 Film London Jarman Awards Touring Programme paid a visit to FACT in Liverpool, providing a showcase of some of the best talent in the UK video art scene, as well as a Q&A session with nominee Heather Phillipson, whose work, FINAL DAYS, was screened as part of the evening.

After an introduction by FACT’s producer and curator Lesley Taker and Film London Artists’ Moving Image Network, the evening kicked off with Greek-British artist Mikhail Karikis’ ‘Children of Unquiet’, a 16 minute film that imagines children taking over an abandoned worker’s village in Italy. Perhaps one of the more accessible pieces, the film’s combination of muted colours, children’s voices and drum beats suited the single-screen cinema format well.

Also suiting the single-screen cinema format was Shona Illingworth’s ‘216 Westbound’. The artist – whose work exploring memory and amnesia, Lesions in the Landscape, appeared in FACT last year – described how growing up near a live bombing range inspired her interest in those who have a profound experience in their sensory perception of the world. Fittingly, then, this absorbing and effective work explores the effects of Post Traumatic Stress Disorder (PTSD) on John Tulloch, a survivor of the 7/7 London bombings, whose image was used to promote the 90 days without charge anti-terror bill without his permission.

On the Fine Art end of the spectrum is Heather Phillipson’s ‘FINAL DAYS’, described by the artist as a suite of six videos functioning as departments in a department store. The work, commissioned to be shown in a disused department store, was originally shown over 18 monitors in a non-linear format and was – in the artist’s words – “very loud”. It was a shame that this piece could not be experienced as it was intended, as there was definitely something lost in not seeing the work in situ. Phillipson was able to expand on themes in her piece in the post-screening Q&A, where she elaborated on ideas of disembodiment (of online shopping), the allure of over-simplified ideas, collage, and consumerism.

‘Hyperlinks or It Didn’t Happen’ from Cécile B. Evans – whose work Sprung a Leak is currently showing at Tate Liverpool – showcased the artist’s interest in digital technologies and the value of emotion in contemporary society, while Sophia Al Maria’s double bill of ‘Choque’ and ‘The Watcher’ offered explorations of jubilation and anger and the male gaze – all in the context of the modern Arab world – respectively.

Finally, Rachel Maclean’s ‘Please Sir…’ uses audio extracts from Downton Abbey, Britain’s Got Talent, Jeremy Kyle and others to explore class and aspiration in a British context. The artist – who is also the sole actor in all her work – mimes against a green screen to create a colourful, captivating and humourful piece. Maclean’s latest work, ‘Wot u 🙂 about?’ opens at HOME in Manchester on the 29th October.

From the diverse selection of work on offer it would seem that the UK video art scene is in rude health. The Jarman Awards Tour ends with an exhibition at the Whitechapel in London on the 19th and 20th of November, and the winner will be announced on the 28th of November.