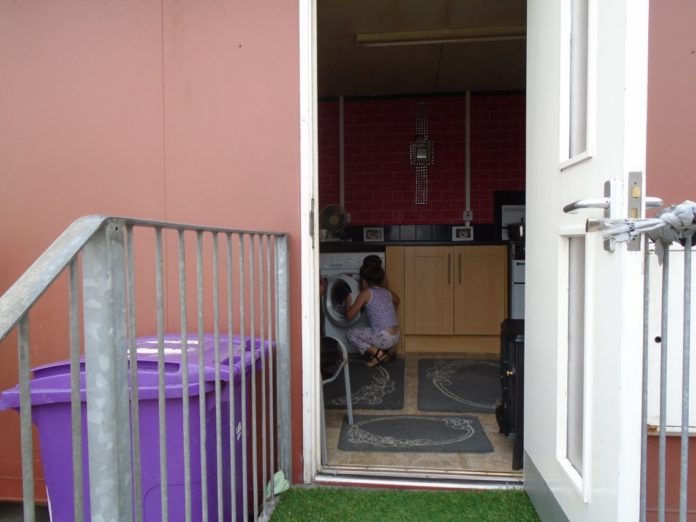 Liverpool Irish Festival’s lead exhibition focussed on Irish Travellers, in their own words, and their own images. I expected it to dispel myths, or introduce a new side to the travelling community that I wasn’t aware of. It didn’t. It did something far more powerful.

The photographs of young children, proudly wearing middle fingers like badges of honour, and mistake-ridden hand-written signs, selected with clarity and defiance by those who wrote them made me think again about what I knew, and wonder whether any of it was necessarily a bad thing.

Our lives, as a national or local community, are generally built around things of a social or monetary value, so it’s difficult to imagine a world where possessions are assumed to be shared, domestic boundaries are blurred, and hierarchies are heavily observed, within families as well as public settings.

But that’s the reality of the travelling community. Men take a proudly breadwinning role. Women proudly raise their children. And children proudly strive to recreate the history of their parents, and carry on the traditions they were taught.

It’s impeccably uncomfortable in parts, seeing pictures of unbelievably young members of the community who have died, remembered through photographs in this work. The reality is that the average life expectancy of the travelling community is 15 years less than that in the general population. Due to lifestyle within their circle, and due to pressures from outside.

The story of Johnny Delaney, whose portrait is part of the exhibition, is one of an unprovoked racist attack in Ellesmere Port. The fifteen year old boy was beaten to death on a playing field while visiting friends. His killers were never brought to justice, and the investigation was widely panned as being deliberately lazy simply because he wasn’t a member of mainstream society.

It’s unclear what the direct connect between Johnny and the families in the Irish Festival exhibition is, but in his death he has become an icon.

Not a happy exhibition by any measure, but one that reminds you that most points of view are worth listening to, especially when they’re not your own.