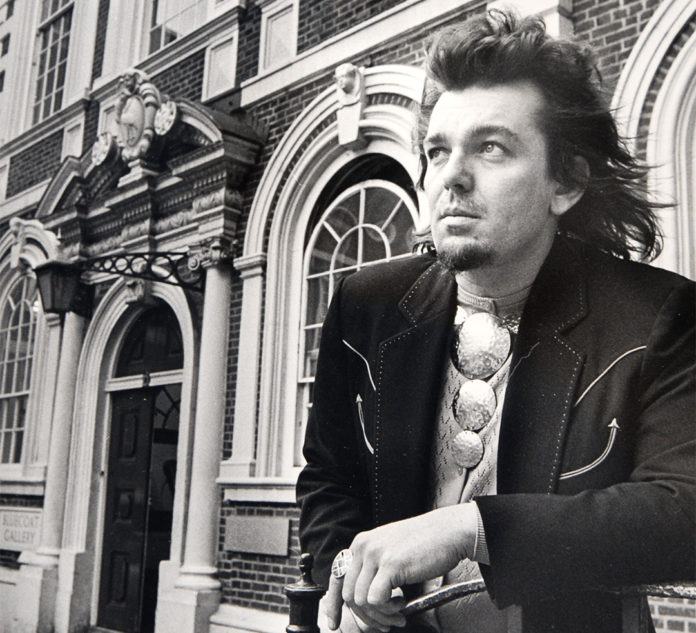 The city of Liverpool puts a lot of effort into trading on its musical heritage.  There’s no doubt that economically, this has worked wonders for the region, and yet it’s a strategy which comes with its own costs.  In terms of money, resources and publicity, how much investment is spent dwelling on the past which could be put towards building the next big movement to put us on the map again?

Ice Cream for Crow, part of the Bluecoat’s Captain Beefheart Weekend, is an example of what might result from a different approach.  One which is inspired by and respectful of the past, but firmly rooted in the present.

Captain Beefheart was an artist who is most famous for his musical output.  Never afraid to try new things, he is cited as an influence by many musicians.  These artists may take elements of his sound, then mix it with other influences to produce something of their own.  Why should the same not be done with his visual art? In 1972, Captain Beefheart allegedly created all the work for his art exhibition at Bluecoat in a single week of intense activity.  The same challenge, of creating art in black-and-white on-site within 7 days, was given to 60 students from 6 art courses in the North and Dublin.  The exhibition Ice Cream for Crow is the result.

It’s a sign of confidence in the young artists that until a few days ago, long after planning and commissioning, nobody knew exactly what this exhibition would look like.  Although his methods may have provided the inspiration, it’s helpful that Beefheart’s own artworks are nowhere in sight.  This isn’t about making comparisons – Beefheart’s reputation for artistic innovation means that his work would unfairly overshadow theirs.  Instead, we can focus on how the influence of an event 45 years ago has been interpreted and used by the next generation.

What’s striking is the diversity of work the brief has produced.  Admittedly, crows do feature quite heavily – it’s to be expected that some minds have interpreted the influence more literally than others.  But it’s interesting how the human imagination has interpreted even this motif in different ways.  Other artists have taken inspiration from mood or colour, and produced impressive abstract responses to the theme.  Painting, sculpture, photography and video are all represented.  The works range in size from a few inches to many feet tall – with access to massive boards provided by FINSA, each artist has certainly had space to let their imaginations run free.  And whatever style is your favourite, there’s no question of the skill and talent of the featured artists.

This spirit of exploration was complemented at the Sunday opening event by various performances.    Emrys Morgan’s performance piece was surreal and memorable, commanding the attention of a crowd willing to accept the unexpected and unexplained.  There was also music by John Hyatt’s The Three Johns  and The Murmurists, both of whom are, like Beefheart’s Magic Band, very much outside of a radio-friendly comfort zone.  They continue the theme of taking Captain Beefheart’s influence as an innovator, and using it to inspire something new.  Ice Cream for Crow was an event which recognised that whilst we should learn from the past, it should not be regarded as sacrosanct or inimitable.  Other voices deserve their own opportunities to push boundaries and explore the avant-garde – learning from the past to shape the future.  Given the talent and vision on display here, that future is looking good.