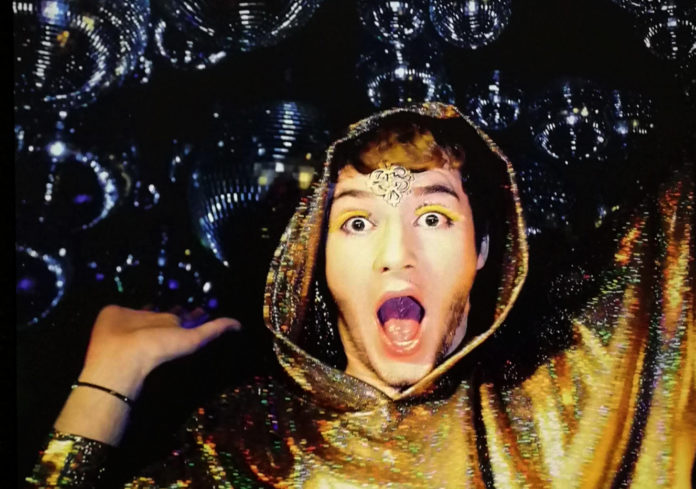 Club kids, whether in photos, films or occasionally on the streets of London’s Soho, were a formative inspiration for me when I was making my first forays into nightlife.  Cliche as it may sound, they stood for a world far beyond the suburb into which my teenage self couldn’t comfortably fit.  These clubs and the people who were photographed frequenting them offered hope, acting as spaces where self-expression was not only permitted, but could be interpreted in seemingly limitless ways.

Fearless Creatures at The Gallery takes me right back into that world.  Alex Gerry has documented the inhabitants of clubland for over 30 years, and these photographs span the whole duration of this career.  Not that there’s exactly a sense of time passing – this unique strand of nightlife has had its own evolution, one on which the fashion conventions of the outside world have had very little influence. 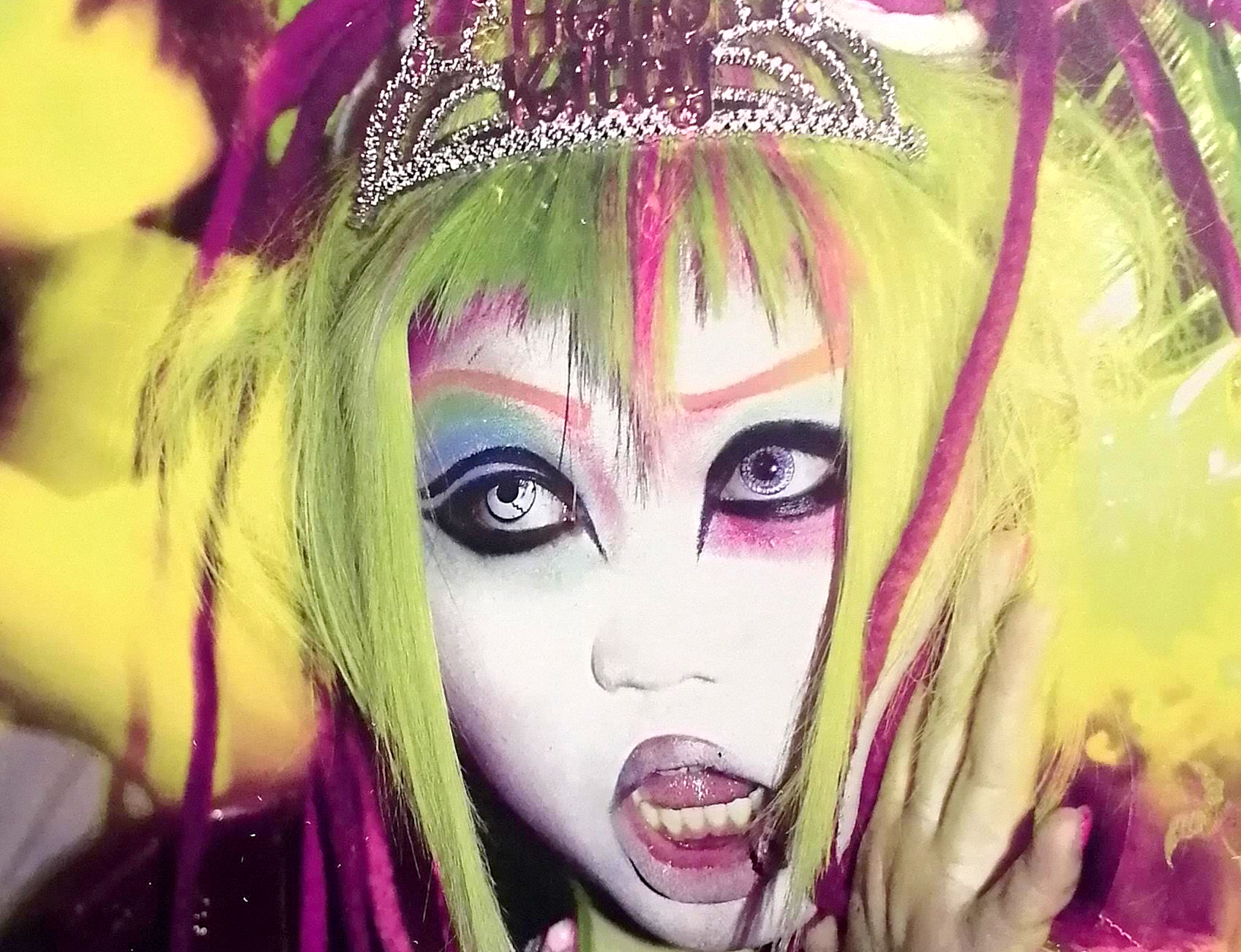 As a dedicated documenter of the scene, Gerry’s captured a variety of facets of how the scene is interpreted.  Club Kids is a term which immediately invokes the outrageous, and infamous characters such as Leigh Bowery and Pete Burns of course feature here.  But while attention might be most attracted to the extremes of PVC and inflatable wigs, a good dress and dramatic eyeshadow are of equal interest to Gerry.  What’s of real interest is the personality the look projects; is it more appropriate to say that these images are populated by people, or characters?  The performative aspect, what this look is chosen to say about who you want to be, is crucial.

Gerry’s photographic style does justice to the scene he’s capturing.  For a world which comes to life at night, high-contrast brilliance is important.  The scene is set with details such as neon lights streaking around the face, or drinks blurred by excited movement.  But the storytelling is very much left in the hands of the subject, as is only fitting when individual approaches have been so carefully planned and executed.

Dressing up to go out can always be a pleasure, but it takes a unique confidence to take that to this level.  These club kids are doing more than simply making a fashion statement – although it’s also that – they’re creating their own world, and Gerry has done a fine job of documenting it.  Fearless Creatures captures a world which is still full of that sense of unlimited potential to become whoever you want to be.  A scene, yes, but one where anybody can have a space. 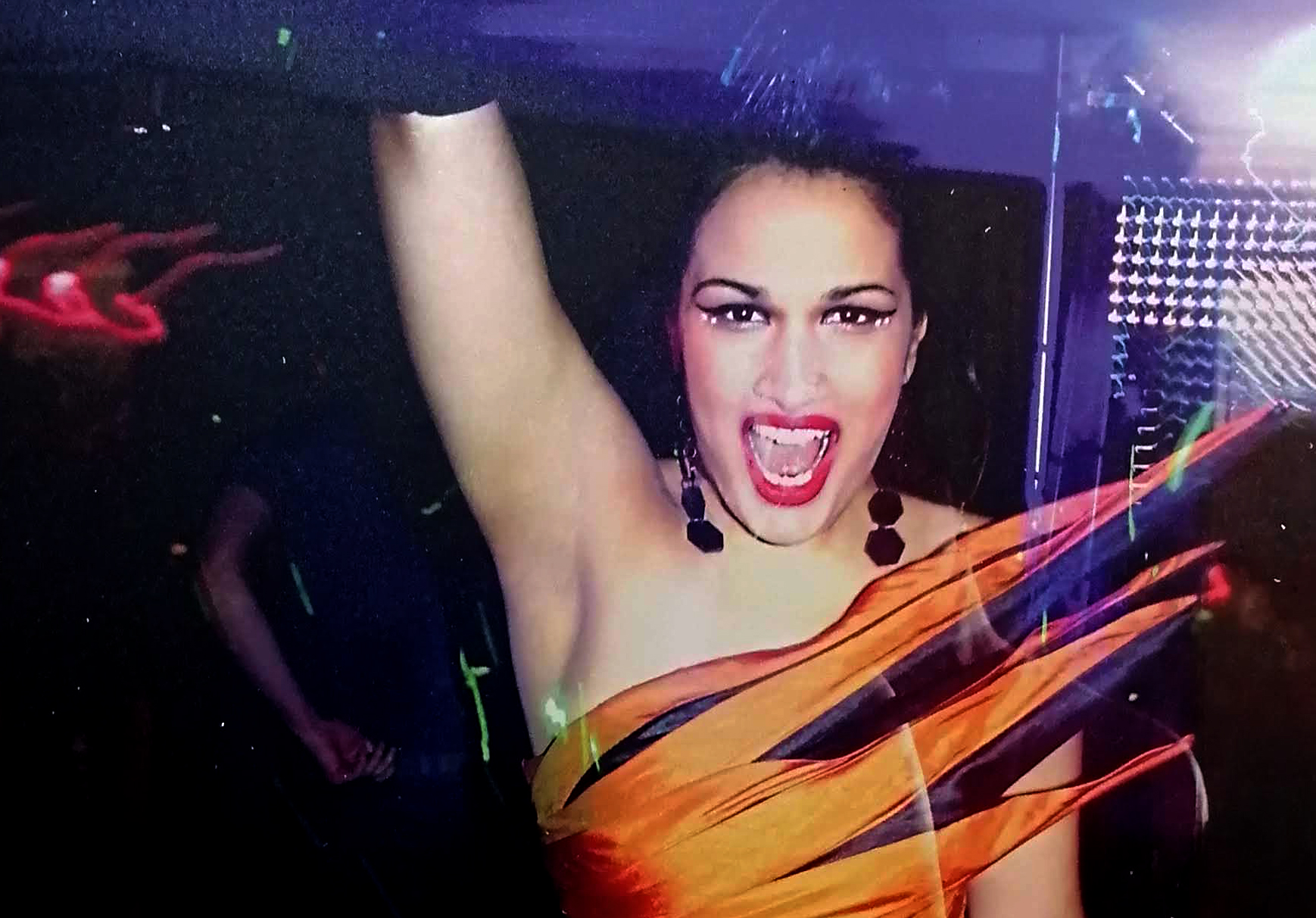