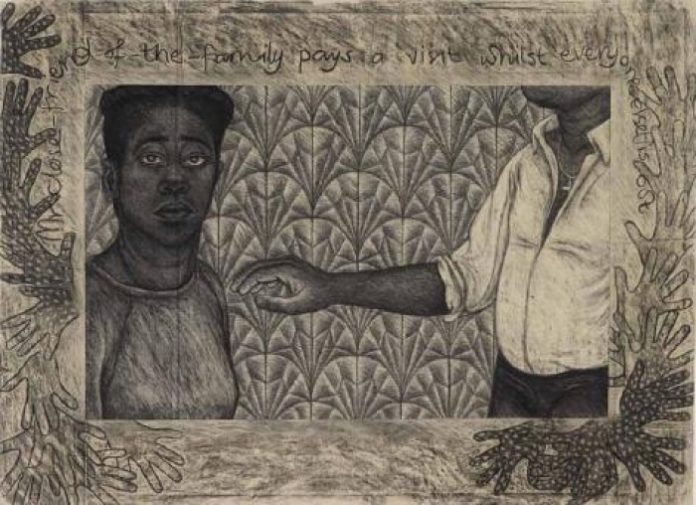 Whether you are an artist, an art enthusiast, or just looking for a free way to spend your time, Drawn From Life: People on Paper will not disappoint. It is an exhibition proudly being shown at Kirkby Gallery, and rightly so.

Curated by Ann Jones, the exhibition presents works by big names and the gallery staff are delighted that they have found their way to Kirkby town centre: David Hockney’s pen-and-ink portraits, Barbara Hepworth’s sketches of operations, and Henry Moore’s semi-abstract women winding wool. The collection ranges from the early years of the twentieth century to the twenty first century, including simple, delicate and realistic pencil drawings, as well as experimental pieces that offer a more unique take on the human form. The collection attempts to address the absence of drawings in previous exhibitions from the Arts Council Collection, which holds a number of rich drawings that can reveal a lot about the artist and their subject.

Rather than primarily showing definitive artworks, the exhibition also shows pieces that could have been taken right out of a sketchbook; drawings done out of curiosity and simply for the joy of it. Leon Kossoff’s Children’s Swimming Pool I (1972) seems alive with noise and movement. The sketch represents a busy scene in an immense space, whilst also showing the artist’s perspective as an involved onlooker. Depth and bodies can be found in the chaos of scribbles that capture the overwhelming sounds and liveliness of children playing.

Eduardo Paolozzi’s Drawings from Rembrandt (1945) contains a number of sketches from Rembrandt reproductions found in books, which Paolozzi drew whilst working as a fire watcher at the Ashmolean Museum in Oxford. The light, incomplete drawings by a presumably bored artist seeking to pass the time, capture a surprising amount of character and emotion in minor details, such as clothing, hand gestures, and small facial features. A beautiful little piece I found myself continuously wandering back to was Bernard Meninsky’s pencil drawing of a baby (1918) comfortably curled up in sheets.

In contrast with these innocent observations, other drawings from the collection are complete works loaded with meaning and interpretation. Sonia Boyce’s early work uses her own experience as a young black woman to examine wider issues in society. Her drawing entitled Mr close-friend-of-the-family pays a visit whilst everyone is out (1985) portrays an abuse of trust. The drawing reflects Boyce’s concerns about power relationships between men and women, adults and children, and guardians and trustees. Onlookers become very much a part of the piece, as the young woman experiencing abuse stares forlornly and directly at the viewer, whilst we can only see the abuser’s torso. This places emphasis on his threatening hand that lingers in the centre, completely overwhelming the entire drawing. Her decision to use charcoal allows the enclosed space to be devoid of colour, further adding to a sense of impending danger.

It is the varying responses to portraiture found in this small gallery that make the exhibition so thought provoking. On one wall alone, you can find Victor Newsome’s  Untitled Head (1981) and Gwen John’s Head of a Woman (1910), 71 years apart and two very different interpretations of essentially the same subject; Newsome’s appears sculpture-like and almost surreal against John’s subtle and sensitive drawing, but both are equally thoughtful and intelligent portrayals of the human form. The collection consequently unites these opposing drawings as an important part of each artist’s practice. Drawing the people around us is a timeless human act that we start doing in childhood and has remained fundamentally the same throughout history, especially as an essential practice for artists.

Drawn From Life: People On Paper is showing at Kirkby Gallery until Saturday 22 October 2016.

Kirkby Gallery, Drawn from Life: People on Paper
1 of 5
Advertisement