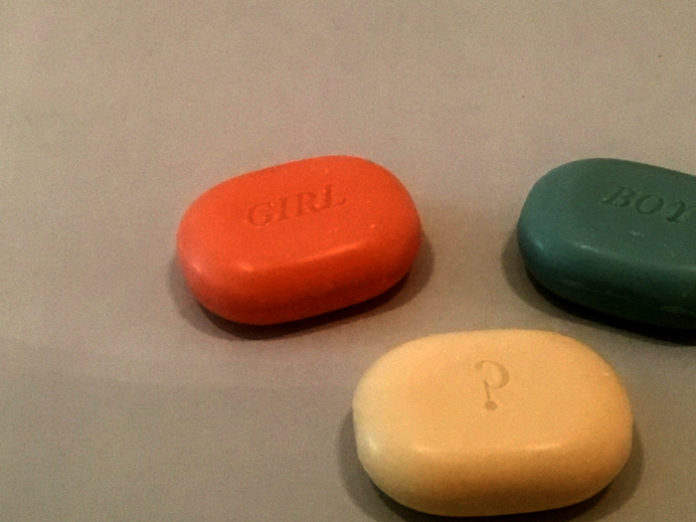 Coming Out made me really uncomfortable in parts. But so does every history I wish was different.

Part celebration, part documentary, Coming Out at Walker Art Gallery draws on 50 years of gay culture to find a voice that tells a vivid and varied story. With interactive elements, films that feel completely immersive, and sad societal truths, it’s an exhibition that everyone should see.

I’m not going to claim that I walked in and found a personal revelation that will change my life, but the way this exhibition frames stories from all over the world in what feels like a local context makes it one of the most relatable versions of this history I’ve ever encountered.

Anyone walking in will immediately understand the scale of the story the exhibition needs to tell, and every wall tells a different chapter. There’s no obvious chronology as you might expect, rather a display as fluid as its subject, with the content actually shifting during the exhibition run.

Local artists are the staple of the ongoing programme, while internationally recognised works take centre stage as your enter. David Hockney and Derek Jarman lead you in adding some sort of context and reminding you that this is far from an alternative show. The exhibition is part of the Arts Council Collection’s ongoing work with Walker Art Gallery to keep excellent examples of contemporary British art on display.

Hockney’s famous painting of former boyfriend Peter Schlesinger brings you immediately down to earth and sets the tone of the exhibition. That tone is simple, this is a history of love, of desire, and relationships. The story around that builds beyond Peter Getting Out of Nick’s Pool, but what’s really striking about its inclusion is the less known history.

In 1967, the year The Sexual Offences Act was passed in the UK, this painting, with as much celebrity as its painter, won the sixth John Moores Painting Prize at Walker Art Gallery. Its win was part of an acceptance of gay culture in Britain that was starting at the time, but as the rest of the exhibition goes on to explain, it took much longer for that acceptance to settle in.

At the other end of the history, and of the exhibition, is John Walter, whose Alien Sex Club had its Liverpool debut in 2015 at Camp and Furnace, part of Homotopia. The little snippet of Alien Sex Club at the Walker is a much condensed version of a huge body of work focussed on Pre-Exposure Prophylaxis (PrEP), a medicine which can prevent users from contracting HIV.

The reason I use the example of John Walter is in just how incredibly important it is, now, to visit this exhibition. PrEP is currently undergoing trials for use on the NHS, having spent years being debated for every reason imaginable, from its effectiveness to its morality.

In 2017 there is still an imbalance in society, but in the fifty years since Hockney painted Peter, a much happier, much less persecuted tone starts to show its face as the work nears 2017. Coming Out operates in that way alone; a jumpy, stop-start timeline that relies entirely on artists’ abilities to tell a personal history.

Coming Out at Walker Art Gallery
1 of 7

Review: Astronomy Photographer of the Year