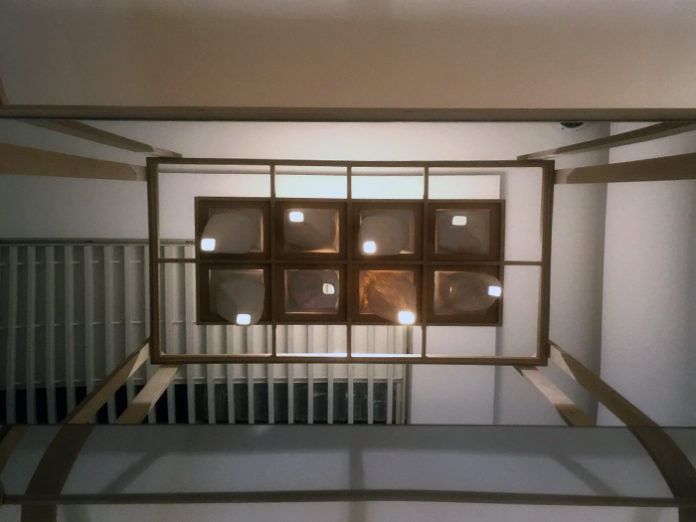 It’s smaller than I’d like though, that’s the only downfall; that I could spend longer in there, staring up into, down, through and around, these captivating objects. There’s such an open expression of experiment in how these identical starting points have been approached. No pre-decided desire to replicate their own architectural styles, just architects seeing what they can achieve with something new.

And through the experiments, some of which are more apparent than others, adding the rises and falls to the show, you are invited into an honest display of people that have clearly enjoyed putting things together.

I’m usually one for finding meaning, and uncovering depths to work, and this exhibition has none, but that’s its success. The complete honest representation of material as work. It’s just what I hoped RIBA would bring to Liverpool with their first permanent gallery space, a space that doesn’t need to toe the line, but draw on everything RIBA has to offer: past, and in this case, present.

The twists and turns of each ceramic block are basically identical, and hidden away are the scaled up versions, but it’s the repetitive twists and turns, extended by clever mirror boxes, that allow viewing intrigue to take explore extra avenues.

I only had time for a quick visit last week but I’m sure I’ll be back several times before its run is over, as I doubt very much that I have seen all there is to see from this one room show.