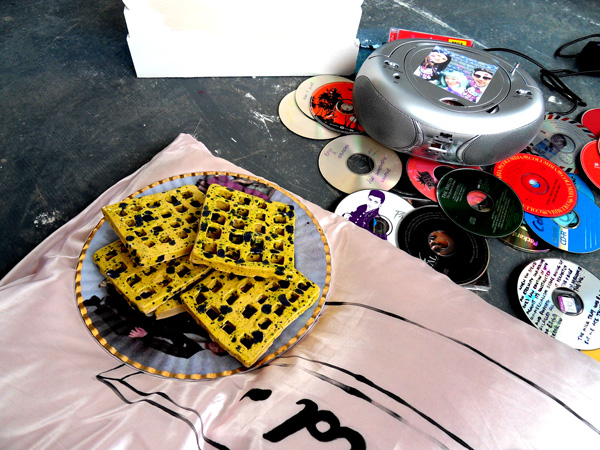 In month two of The Royal Standard’s tenth anniversary year, they’ve released the confetti and madness that you would expect from their new year’s celebrations. Their invite extended to ‘(it’s all) Tropical’ seems to have been answered with anarchic variety in a response to collaboration that could turn stomachs as well as heads. It’s a candid look at collaboration, taking three very personal group experiences and shoving them in to one small space, and exhibits a trilogy of incredibly different responses.

‘(it’s all) Tropical’ are a collaborative group based in Sheffield, but this exhibition includes artists with no geographic reason to collaborate. Alfie Strong works with Uma Breakdown, Josef Jackson with Caitlin Merrett King, and Lindsey Mendick with the already very collaborative Millington|Marriott. In short, Alfie Strong and Uma Breakdown seem to be presenting the collaboration we all know and love – the response. Josef Jackson and Caitlin Merrett King offer up an exhibition produced very separately and brought together on the day as a curatorial mash-up. And Lindsey Mendick and Millington|Marriott; well, I’m not sure, but we’ll get there.

The exhibition itself, as a structure, is given to us in three parts, and it works very well. Something I believe is attributable to the vast difference on display between the three projects. There are remnants of performance that set Strong and Breakdown apart from the others, and a strong smell of mint separating Jackson and King. M/M|M would probably stand alone in any gallery with this project, seemingly involving a urinal cake and some overly intimate pictures.

Unfortunately, I missed the performance on opening night, but the remnants seem promising, teasing at a language breakdown and communication struggles in a collaborative pastiche at a fumbled first date. What we get are hand stitched mufflers over speakers, spilled cans of pop and a daunting tangle of wires, which given the description of the exhibition fits perfectly with those terrifying stories of dates gone wrong.

That’s backed up further with a set of dating profile videos performed by the artists on the way into the space, again satirising the connection between collaboration and dating – an intimacy which is only really picked up on by M/M|M in a film so brilliantly awkward I could barely stand to watch; as Mendick bathed one of her collaborators with what appeared to be a urinal cake. It was intimate in all the wrong ways, and a perfect example of the frustrations in early collaboration, when everything should be exciting, and perfect, but there’s always a niggling something that hasn’t yet been solved.

The collaboration between Jackson and King was perhaps a simpler one, picking up on the more obvious humour in the connection between love and work – the conversation. Be it romantic or professional, we all know that first meeting across a dinner table where we seek to tie our ideas together. It’s that table which is used as the document of conversation, where two very different artists seek to function in the same space, and end up producing a conflicting and disjointed exhibition.

While all that might sound like something of a critique, the exhibition accomplished what it set out to. It’s a funny and frightfully-on-the-point example of what we all fear in this industry: sharing. What I’d love to see next is an example of these collaborations further down the line, to find out if any of the first dates were successful, or if they descended into resent and never worked together again. 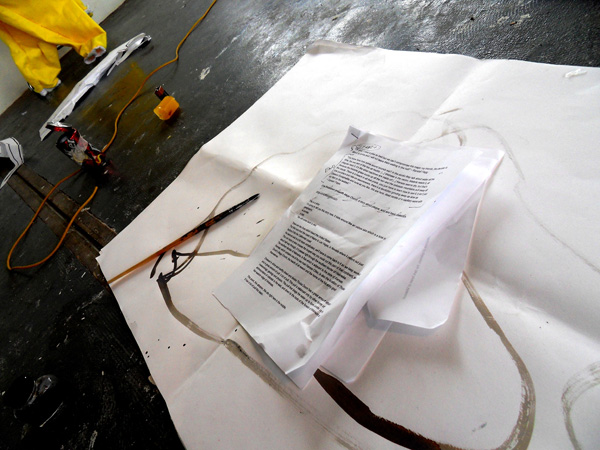 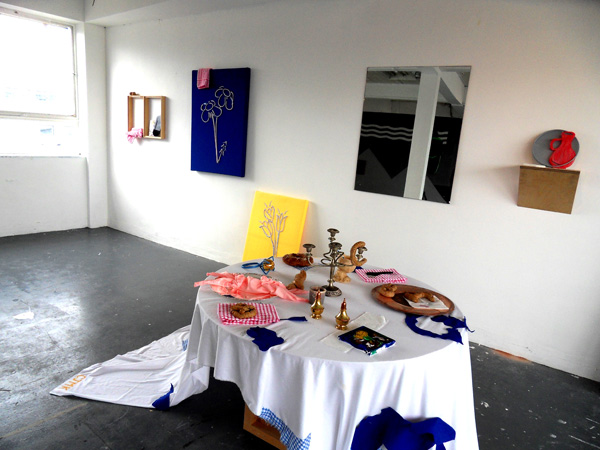 Review: ‘Voices from the Hub’ at Open Eye Gallery