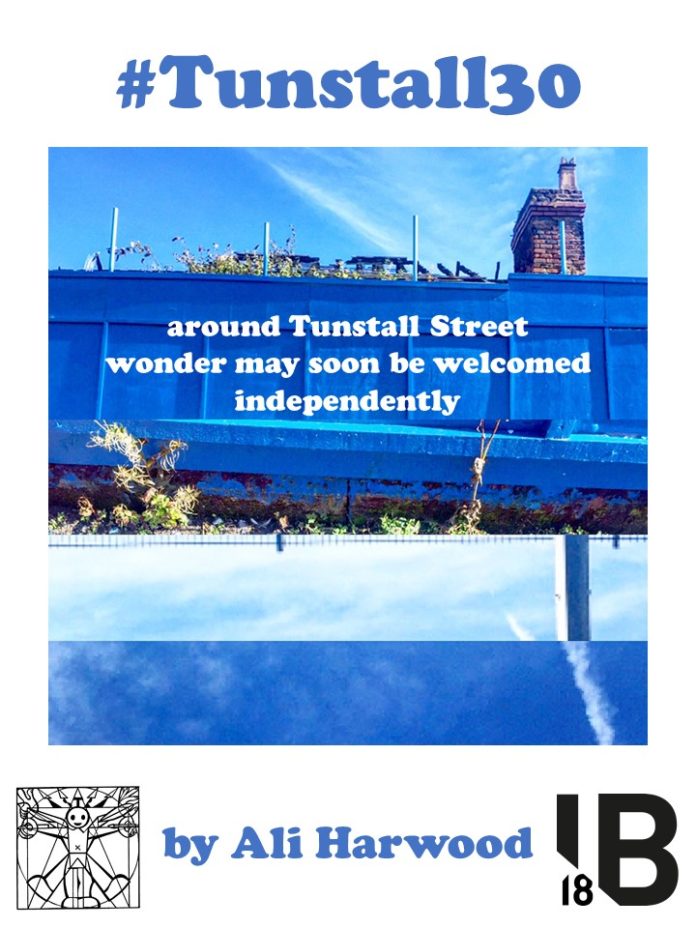 Tunstall Street, L7, has watched over five years of development as the hoardings around the houses get higher and higher. A new school directly opposite, the seemingly never ending rise of Lodge Lane, the £1 houses launch, and their following new tenants getting to work. All while Tunstall Street keeps standing, waiting for something to happen.

Oddly though, it’s not a sad space. Independents Biennial artist, Ali Harwood has been documenting the street since 2014, writing poems for each house, paintings for each door number, and photographing them year on year, to follow their story.

The Haiku’s are far from the negativity usually associated with empty homes, but instead focus on the beauty of the street, the blues and the bricks held back by 8ft boarding.

His project Kids That Fly is on display at St John’s Market 14 July – 28 October, showing a series of photographs taken intermittently while around Tunstall Street of kids finding places to play in amongst the derelict homes.

For the Love of Books at Huyton Gallery Reviewed by Vicki...